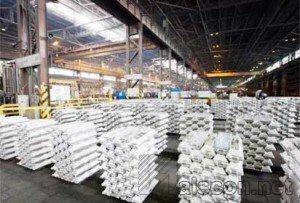 Port Harcourt — The controversy surrounding Aluminium Smelter Company of Nigeria, ALSCON, has taken a new turn as the Institute of Chartered Economists of Nigeria, ICEN, has written President Muhammadu Buhari, over alleged refusal of the Bureau of Public Enterprise, BPE, to obey the Supreme Court judgment on the firm.

To this end, ICEN is asking President Buhari to sack the Director-General of BPE, Mr. Alex Okoh, for refusing to obey the rule of law, saying that public officers must be held accountable for their actions and inaction, since their misdeeds affect all Nigerians and, accordingly activating a negative trend on the economy.

The letter which is titled “Compassionate appeal for an action of Mr. President to end monumental fraud committed against the commonwealth of Nigerians by Alex Okoh, Director General of BPE,” was copied to the Senate President, National Security Adviser, EFCC, Akwa Ibom State Governor and the Chief Judge, Federal High Court, Abuja, among others.

ICEN Chief Coordinator, South-South, Mr. Friday Nathaniel Udoh, in the letter said BPE’s action was inimical and contrary to the President Buhari’s position to rid the country from the grip of poverty, the major driver of conflicts, insurgency and all sorts of criminality in the country.

Udoh stated that Dayson Holding Ltd/UC Rusal’s acquisition of ALSCON was shrouded in fraught, adding that the transfer of the strategic national asset (Import Substitution Industry) as declared by the Supreme Court judgment of 2012 remains illegal.

The letter reads in part, “I pray that Mr. President, immediately vacates Mr. Alex Okoh of his position as the BPE boss. Mr. Okoh should be made to face the law even as he is currently standing trial at the Federal High Court on mater that is bothered on the contempt of court, considered too slow against reasonableness of time in a similar matter.

“DHL/UC Rusal $163 million debt liability claimed according to the company report filed with the National Assembly be investigated. Hold accountable DHL/UC Rusal and BPE the asset stripping and cannibalization of the $3.2 billion plant built at the instance of Nigerians’ money.

“Rule of Law be upheld in this matter and BPE be called to implement the specific orders of the Supreme Court of Nigeria, with regard to the execution of ‘the mutually agreed Share Purchase Agreement (SPA)’ free from encumbrances to the latter immediately.

“BPE be made to tender the proof for the supposed payment of $130million by DHL/UC RUSAL and to the specific account that the money was lodged. DHL/UC Rusal and the conspirator be made to refund the amount involved plus interest, including the purported reduction from the $250 million purchase price for dredging since 2007 and which never happened.”

ICEN in the letter further said the closure of ALSCON has downed the economy by over 5percent of its Gross Domestic Product with potential to stifling investment inflow currently experiencing in the country with corresponding 10percent rise in business cost.

“The action and inaction of BPE had not only resulted in the country spending over $230.52million in the importation of the Aluminum product, even at the expense of tight monetary regime of the administration, yet the closure of the plant has not only deprived Nigerians of over 61,200 jobs positions.

“So far it has cost arable land, to desertification due to ozone layer depletion-global warming which gas flared which should have monetized by the Aluminium Smelting plant. The purpose to which the plant was conceived thereby depriving indigenous people in the North everything including their natural habitation, again, organic of insurgency and conflicts that have cost humans and material resources of the country.

“Mr. President against the fact that the action, or call it inaction! and whatever that resulted in the plant closure has edged the economy in a precarious vantage, aggravating social woe, especially on the country’s development and stability, however the gory story goes on as the closure has resulted in loss of earnings as currently captures at $347,400,000 per year at the prevailing global Aluminium Price of $1,800, and for six years amounting to $2,084,400,000.

“The costs of investment on infrastructures, including auxiliary, etc, social costs, taxes and rates due to host Local Government, State and the Federal Government (even though with Export Processing Factory Status), less environmental cost have resulted in the country losing over $24.74 billion at this material time, and far outweighing the boasts $7.8billion generated by the agency in 18 years, hence demand attention and action.

ICEN also informed President Buhari that apart from ALSCON, other critical national assets which need his attention, are Delta Steel Company Ltd and the Integrated Ajaokuta Steel Company, which at various stages in technical term has reached over 98 percent completion with a total investment cost of $15.3billion committed.

“Correspondingly, with 13.2 million children out of school incident in most cases could be traced to the unemployment to their parent or guardians following the environmental scourge to unrest, insurgency and militancy as these plants are capable of engaging 641,400 Nigerian in sustainable employment.

“At the same time reducing a cost committed to the fighting insurgency, to some extent banditry and related crime in the country and unnecessary pressure on the available country’s security capability. Mr. President, you must agree that the privatization was not fare and the need for serious thought to rewrite the wrong.”