on: February 24, 2018In: Community Development, featured 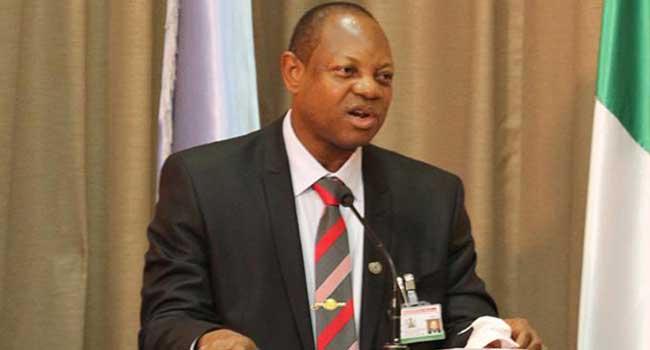 24 February 2018, Sweetcrude, Abuja – The Coordinator, Presidential Amnesty Programme (PAP) and Special Adviser to the President on Niger Delta, Brig.-Gen. Paul Boroh (rtd.), has disclosed that the programme was presently catering to about 30,000 ex-militants from the region.

Boroh, who stated this in an interview on Friday in Abuja, stressed that the Amnesty Office is determined to actualise its mandate of empowering youths in the Niger Delta region.

He noted that the mandate of the office is to cater for the beneficiaries who took the Presidential Amnesty proclaimed by late President Musa Yar’Adua administration, to ensure their sustainable reintegration into the society for peace and stability in the region.

He explained that the mandate given to the office was to cater for 30,000 ex-militants, who embraced the programme on or before the October 4, 2009, deadline for them to drop their arms.

He said, however, that there have been increasing demands on the office, especially by youths in the region for employment, training, and empowerment lately.

The Coordinator added that some youths even demand for infrastructure development including provisions of roads, schools, health centres, and decent housing among others in their communities.

He noted that it was not part of PAP’s mandate to provide such facilities as it had no appropriation for such, even as he noted that the activities of those youths and the many others claiming to be ex-militants were putting pressure on the office.

Boroh explained that “The payment of housing allowance to ex-militants, an entitlement paid at the inception of the programme as Transitional Safety Allowance, has not gotten any budgetary provision since I assumed office.”

He added that money appropriated for the programme is usually channeled towards payment of monthly stipends, funding of tertiary education for students under its scholarship among others.

“PAP receives its funding from the National Budget as appropriated by the National Assembly. All its disbursement whether for monthly stipends, school fees, in-training-allowances, and payment of contractors or staff allowances are done through the Treasury Single Account (TSA), and the Central Bank of Nigeria (CBN).

“In the specific case of the beneficiaries, they all have personal bank accounts to which all their entitlements are paid.

“The bank verification number in the country ensures that no individual can have more than one number, which indicates that an individual should not be able to collect another beneficiary’s allowance,” Boroh explained.

Boroh said some of the youths applied for a scholarship to study in tertiary institutions and assured them that efforts were being made to ensure that their dreams of acquiring an education were attained even abroad.

Boroh said that the office had discovered that the youths who were not part of the amnesty programme were colluding with corrupt political agents working in the Niger Delta to claim that they were beneficiaries of the programme.

“And worse still, their very unpatriotic actions give the amnesty programme bad publicity and expose it to unwarranted attacks; we have challenged the nation’s security agencies to help stem this ugly tide,” he said.

The presidential adviser added that majority of those calling for his removal as Coordinator of the amnesty programme did not belong to any of the known defunct militant camps in the region.