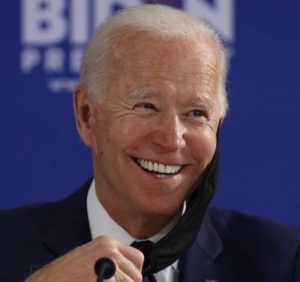 News wire — The Biden administration is selling a record amount of emergency oil from national reserves to tame soaring U.S. fuel prices as quickly as possible, but the plan could backfire down the road if the stockpile is not replenished quickly.

President Joe Biden on March 31 announced the United States would sell 180 million barrels of crude from the Strategic Petroleum Reserve at a rate of 1 million barrels per day starting in May, the biggest release from the stockpile since it was created in the 1970s. Country members of the International Energy Agency (IEA) are releasing an additional 60 million barrels to tame global prices.

The decision to sell oil from the SPR, instead of working out a loan, also known as an exchange, marked a tradeoff: oil would be released to the market more quickly to lower prices, but it could take longer to replenish the stockpile to its current level, raising longer-term market risks. Some analysts warned it could make oil prices more volatile.

Loans of U.S. oil from the SPR guarantee a return of oil over a set period but can take up to months to finalize as the government lines up buyers and negotiates contracts.

“When we want to rapidly expand global supply, especially by the historic amount we announced, it is much more efficient to do a sale than to seek to arrange company-by-company contracts (as required by a swap or exchange)” a Biden administration official told Reuters.

The sale comes with a vague timeline to repurchase barrels. The emergency stockpile is already at the lowest level since 2002, and if oil prices rise over time, it could be left at even lower levels. If it must be replenished when prices are high, taxpayers will have to pay the premium to refill it.

The administration acted after Russia’s invasion of Ukraine and the sanctions and boycotts that followed launched retail gasoline prices to record highs, a vulnerability for Biden’s fellow Democrats in November’s congressional elections.

Russia produces about 10% of global oil supply and Western sanctions are expected to cost the global market around 3 million barrels per day, according to the IEA.

A White House fact sheet issued at the time of the release said only that the federal government would buy back oil, returning it to the SPR in “future years.”

“I think it’s extremely cowboy-ish … by doing an outright sale, purely thinking like a trader, if I did that I would get fired. Nobody knows which way the oil price will go,” said Ilia Bouchouev, partner at Pentathlon Investments and adjunct professor at New York University.

“Doing this will only increase volatility because it reduces the buffer,” he added.

The SPR now holds 564.6 million barrels, about a month’s worth of U.S. oil and liquid fuels demand. The level after the 180 million barrel sale would still be far above IEA requirements that it cover 90 days of U.S. crude imports, currently about 3 million bpd.

Oil companies are also due to begin returning some 32 million barrels in coming months from a loan enacted by Washington last November.

David Goldwyn, a former special envoy and coordinator for international energy affairs at the U.S. State Department, defended the administration’s choice of a sale.

He said the scale and duration of the release made hashing out loan contracts with energy companies too complicated. “They provided themselves a maximum amount of flexibility.”

“It is a real risk that removing oil from storage, including the SPR, reduces the buffer to respond to future disruptions, thus expanding the geopolitical risk premium,” he said.

U.S. gasoline prices spiked after global benchmark Brent oil touched a 14-year high on March 7 of over $138 a barrel on worries about Western sanctions on Moscow. Brent has fallen after the releases, hovering around $101 a barrel on Friday. [O/R]

Despite the high prices, some U.S. shale producers have been reluctant to boost output and the OPEC+ production group, which includes Russia, has only hiked supply gradually as consumers emerge from the global COVID-19 pandemic.

But Salisbury said a loan was not a great option because it may have required the return of huge quantities of oil to the stockpile before global supplies had time to ease.

“With the growing risk of a protracted Russian conflict and lingering sanctions, it is not clear that it would be advantageous to set a date certain for removing oil from the market to repay a loan in 6 or even 18 months,” Salisbury said.