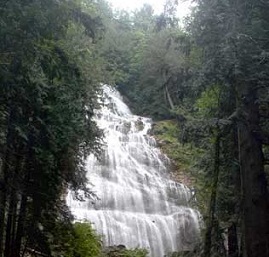 The Dala waterfalls in the Lunda Sul Province.

05 September 2015, Saurimo — A new thermal power station with the capacity to produce 19.6 megawatts will be installed this year in Saurimo, eastern Lunda Sul province, to boost power supply to the population.

The regional director of the Public Company of Electricity Production (PRODEL), Manuel Muteca, announced this Thursday.

Speaking to the press on the sidelines of the visit the provincial governor, Cândida Narciso, paid to the central thermal plant of Txicumina, Manuel Muteca said that the new plant will comprise seven generators.

According to him, the objective is to improve the supplied product and expand the medium and low voltage network to the outskirts.

He added that the action stems from the need to create an alternative source of energy to Hydroelectric Dam of Chicapa and meet the local demand.
*Angola Press