Angola is not the next Venezuela – Sonangol 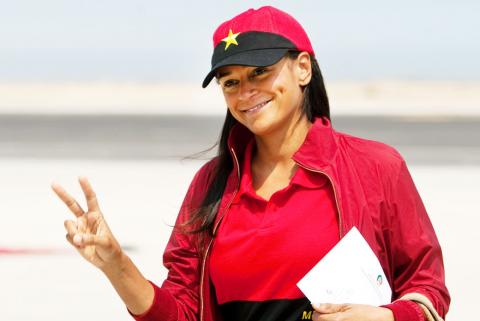 22 October 2017, London — Angola is not the next Venezuela, the head of state oil firm Sonangol said on Wednesday while pledging to further cut debt, even if both oil-rich nations have relied heavily on loans from China.

Venezuela, the Latin American oil behemoth, has found itself struggling to repay debts to China and Russia that total at least $50 billion. But Sonangol chair Isabel dos Santos said her company was not on a similar track.

“There is really pretty much nothing in common,” dos Santos said. “Maybe just the weather.”

Dos Santos told a Reuters Newsmaker event that Sonangol has already slashed $3 billion in debt and that she has the backing of the new president for an ambitious reform plan that aims to further cut debts.

“Our relations are in full alignment,” dos Santos said, adding that João Lourenço, who took office last month, was “fully aware” of her plans for Sonangol’s transformation.

Dos Santos took the helm of the state oil company in June 2016, when her father Jose Eduardo dos Santos was still in office. He stepped down as president this year after 38 years in power. But she said the new administration was on board with the “huge task” of her five-year turnaround plan for Sonangol.

Sonangol was hit hard by the slump in oil prices that began in 2014. She said the company was “debt-ridden” when she took the helm, but that there was no concern over outstanding loans from China, a key buyer of its oil and source of financing for Sonangol itself as well as Angola.

“There is no taboo (about) being financed by Chinese banks,” she said, adding that they had cut total company debts to $10 billion this year from $13 billion.

She declined to give a figure for the total amount Sonangol owed to Chinese lenders, citing only $3 billion from mainland Chinese banks.

But years of borrowing, particularly from China, left the nation with a dwindling amount of crude to sell for fresh revenue during the depths of the oil price crash, and others estimate its oil-backed debts to Chinese entities at least $25 billion.

She added that Sonangol had paid all its outstanding bills to oil majors in the form of “cash calls” for 2016, after complaints of delays amid its cost-cutting drive, and said there would be no delays in those payments this year.