Angola: Sonangol must focus on its core business – Specialist 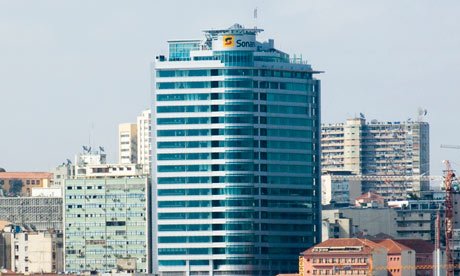 18 November 2017, Luanda — The new board of the state-owned National Fuel Society (Sonangol), led by Carlos Saturnino, besides the need to continue to implement policies to reduce costs, has also to do away with some of its businesses outside the oil sector.

This stance has been defended by the specialist in energetic market and also researcher of the Angolan Catholic University (UCAN), José de Oliveira, at an interview to the public RNA radio, in the ambit of the recent dismissal of the Sonangol board that was led by Isabel dos Santos, and the subsequent appointment of a new board by the President of the Republic, João Lourenço.

“The new Sonangol board has to continue with the task of reducing costs. Sonangol has to do away with a series of businesses that have nothing to do with oil”, José de Oliveira stressed, thus challenging the board of Sonangol chaired by Carlos Saturnino.

José de Oliveira reminded that there was already an approved restructuring plan for Sonangol, a section of which speaks of the creation of an Oil Agency, with which he disagrees.

He also defended that Sonangol should continue to be the concessions operator of Angola’s oil sector since the mentioned plan outlines the possibility of having such function withdrawn from Sonangol.

José de Oliveira defended that if Sonangol stops being the concessionaire of the oil sector Angola will need to renegotiate many contracts, which would be very negative in the present context.

Meanwhile, addressing Thursday the swearing-in ceremony of the State Secretary for Oil and the new Board of Directors of Sonangol, the Angolan President, João Lourenço, recommended the need for implementing a strategy allowing the internal refining of oil by-products.

He said the strategy is meant to prevent the country from relying heavily on imported refined oil products.

The Head of State, who described the sector as still being the backbone of the country’s economy, said the government will demand greater responsibility from the new managers.

“You must take good care of it (Sonangol),” said the President to the members of the Board of Directors of the national oil company sworn in on Thursday.