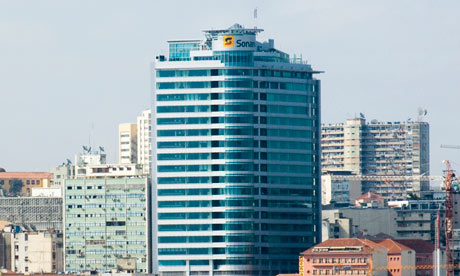 Lagos — Government reforms in oil sector including at national oil company SONANGOL are already yielding positive results, with 30 percent of the company set to be privatized by 2022.

Sector reforms to be backed up by an investment campaign drive by Africa Oil & Power, including the Angola Oil & Gas Conference & Exhibition on June 16-17, 2020, at the Talatona Convention Center in Luanda.

Angola’s Minister of Mineral Resources and Petroleum, Diamantino Pedro Azevedo has said the government has made significant progress in its efforts to restructure the oil and gas sector to include significant cost reductions at the national oil company, NOC Sonangol that has led to the government deciding to list up to 30 percent of the company.

The government believes that this will enable the company to not only to raise money for investment, but will also increase its competitive edge.

Further reforms include the privatisation of Sonangol subsidiaries that do not belong to the NOC’s core business of exploration and production.
In a statement, government says the privatisation process offers significant opportunities for new entrants into Angola’s oil and gas sector.

Initial projections point to foreign direct investment flows of up to $10 billion in the next 3 years, as external players move in to take over from Sonangol in key support service roles previously fulfilled by the NOC.

In an effort to continue promoting the ongoing reforms in the sector, The Ministry of Mineral Resources and Petroleum has also partnered with Africa Oil & Power, the continent’s premier platform for energy investment and policy, to promote and attract foreign direct investment in what is one of Africa’s biggest economies.

As part of this, the Angola Oil & Gas, AOG Conference & Exhibition will return for a second year as the highlight of an international investment drive aimed at bringing new deals to the table and signing up new entrants to Angola’s oil and gas sector.

The next edition will be held June 16-17, 2020, in Talatona. Surrounding the conference will be a global drive to present opportunities to a targeted audience of relevant investors.

“Thanks to the President’s sweeping reforms, Angola has embarked on an ambitious drive to attract foreign direct investment,” said James Chester, Acting CEO of Africa Oil & Power. “Africa Oil & Power is proud to support those ongoing efforts with a global promotional campaign. The AOG Conference & Exhibition, which has become an unmissable, unrivaled investment event, will provide a strong anchor point for the 2020 initiative.”

Capital inflows into bankable projects will be a primary objective of the 2020 effort.

Ongoing initiatives being promoted include the 2020 oil and gas licensing round, marginal field development, gas monetisation, and attractive projects across the value chain, including the international tender for the Soyo refinery and the ramp-up of the Cabinda and Lobito refineries.

AOG 2020 is the second edition of the Angola Oil & Gas event, following an inaugural event in June 2019 that gathered more than 1,700 delegates, 67 speakers and nearly 50 exhibitors.

The 2020 event aims to expand in size, scale and prestige. Anchored by a VIP program of senior government officials and global CEOs, AOG 2020 will be the premier gathering place for deal making and networking. Discussion points will include offshore oil and gas exploration and licensing, gas monetization, market entry, the ease of doing business in Angola, digitalization and oilfield technologies.

Opportunities emanating from the recently approved $2 billion LNG project that includes a consortium of five oil firms led by Eni will also be on display.

New to the conference will be a Digitalisation and Technology Forum, which will showcase advanced technologies pioneered in Angola on the exhibition floor.