Another failure for Houston American Energy 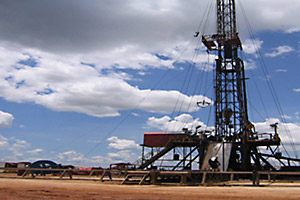 10 December 2012 –  Struggling US independent Houston American Energy has been dealt another blow after its latest attempt on the CPO 4 block in Colombia failed.

Houston American said on Monday that it had been notified by partner SK Innovation, which operates the CPO 4 block in the Llanos basin, that it intends to plug and abandon the Zorro Gris #1 well.

“Following completion of the abandonment of the well, the drilling rig will be released,” Houston American said in a statement.

Zorro Gris, located in the north-east corner of the block, was Houston American’s third CPO 4 well, and its third successive failure.

The problems started earlier this year when a well drilled on CPO 4, Tamandua #1, experienced “formation damage” and was ultimately abandoned.

Houston American’s partners in a second effort, Cachirre #1, abandoned the well early as Houston American carried on at its “sole risk”. That well was also not productive and was abandoned.

The company has said it has been exploring “strategic alternatives” that could include an outright sale. The troublesome CPO4 block is Houston American’s biggest asset in Colombia. It owns a 37.5% stake in 345,452 acres, according to its website.

It still appeared hopeful in a statement on Monday that success could be around the corner at CPO 4. The company said that SK Innovation is currently in the process of shooting its second proprietary 3D seismic survey on the CPO 4 block, which will cover about 135 square miles. The shoot is expected to wrap in 2013.

Houston American said it is “currently evaluating its future plans and alternatives regarding the CPO 4 block”. Chief executive John Terwilliger could not be reached for comment late on Monday.

The company’s shares, which traded above $20 as late as July 2011, closed at about 53 cents on the New York Stock Exchange on Monday.