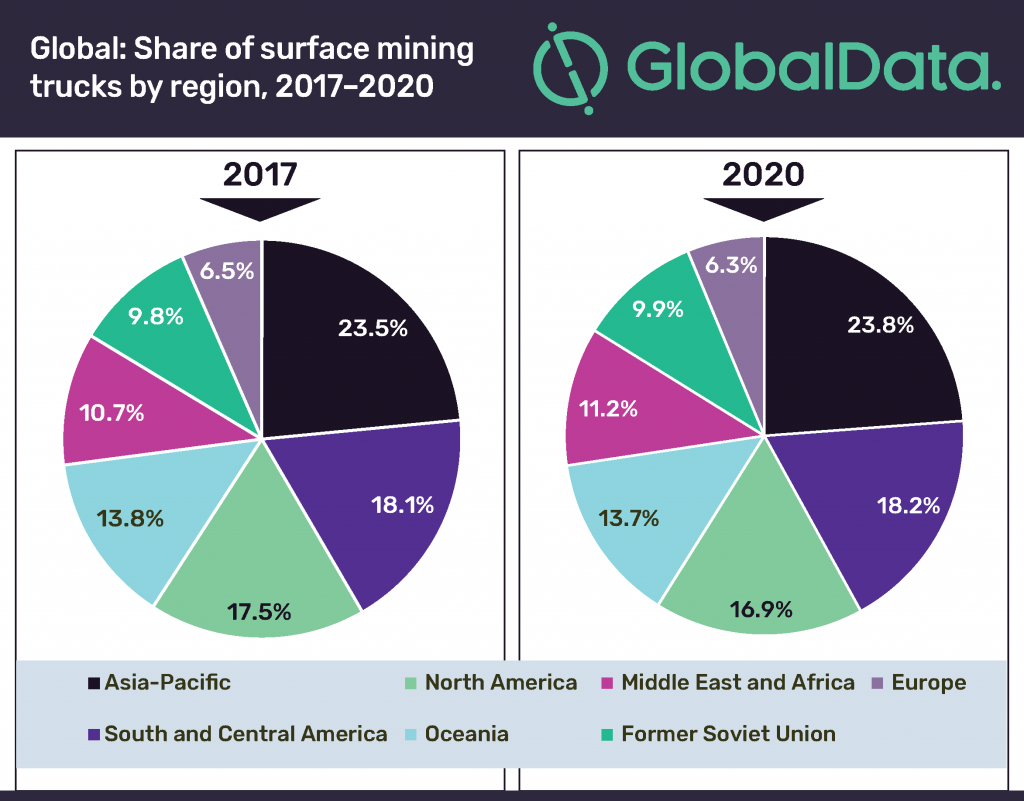 The company forecasts that increased production at existing mines and over 270 new surface mines scheduled to commence operations globally, will push the total population of mining trucks in operation by over 8,000 from 105,000 at the end of 2017 to over 113,000 by the end of 2020. These numbers include the typical 90-400 tonne mining trucks as well as smaller 20+ tonne ‘tipper’ trucks and articulated dump trucks, the latter two types accounting for around 35% of the total and particularly prevalent in APAC markets.

According to Vinneth Bajaj, Senior Analyst at GlobalData, the largest increase in the number of surface mining trucks to 2020, will be in APAC, where the total population of surface mining trucks is expected to grow by 2,200 by 2020, equivalent to 23.8% of the growth between 2017 and 2020. Within APAC, Indonesia, China and India are the key markets, with Caterpillar, Volvo, and Komatsu the top suppliers.

However, the Middle-East and Africa are expected to have the highest rise in the share of the surface mining truck population, increasing from 10.7% in 2017 to 11.2% in 2020. Caterpillar, Komatsu, Bell, Volvo, and Terex are the top equipment providers here. South Africa, Iran, and Botswana are expected to be the major markets through 2020.

Caterpillar, Komatsu, Volvo, Belaz, and BEML are the key players in the global surface mining trucks market with an estimated 70% of the market between them. Other significant companies within the remaining 30% include Scania, Terex, Hitachi, Tata, and Bell.