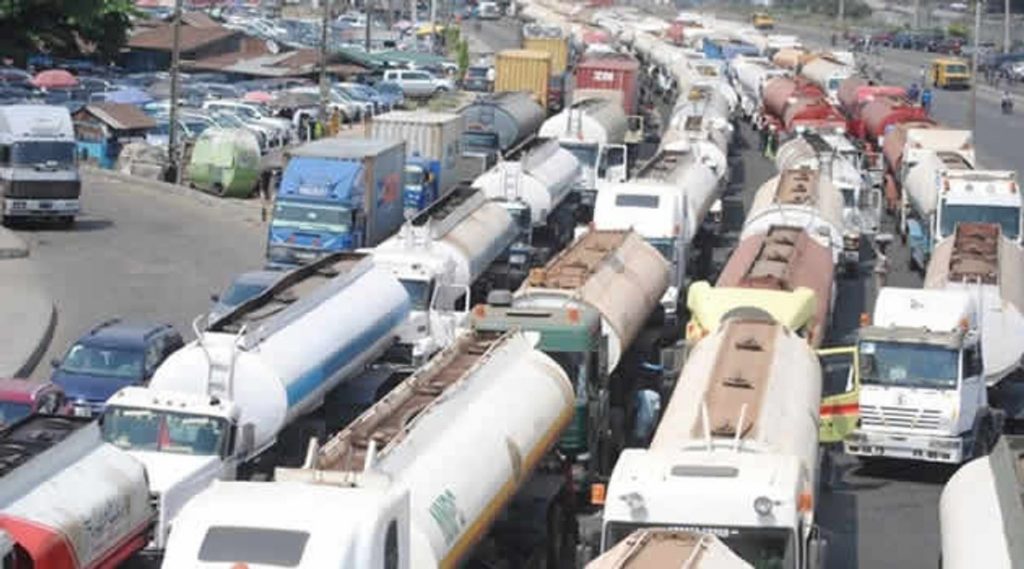 Lagos — TRUCK owners have weighed-in on the allegation of corruption and gratification that was leveled against the Presidential Task Team on Apapa Gridlock and the team’s head of Enforcement; Commissioner of Police; Hakeem Odumosu.

In separate interviews with journalists, notable truck owners and members of some truck owners’ associations debunked the allegations.
Their defence also coincided with the reactions of the Chairman of the Presidential Task Team on Apapa Gridlock, Mr Kayode Opeifa.

The Vice president of Corporate Fleet Truck Owners Association; Mr Leye Thompson described the allegation as emanating from those who were behind the old system of colluding with bodies that were previously in charge of traffic control into and out of Apapa, and who were befitting from the old practice and the abuses.

According to him, “the Presidential Task Team has put them out of business and that is why they are fighting back. The task team does or its personnel does not demand or accept bribe from any one.

“I am speaking to you as an owner of fleet of trucks and the vice president of Corporate Fleet Owners Association, this people are people you can refer to as ‘movers of trucks’, they don’t have any trucks, they are like agents and ‘boys’ who worked for officers who were involved in the old system when truck owners had to settle to get their trucks into the port.”
Also Read: Gulf of Guinea: Nigeria critical to regional stability

“They are like brokers to the naval personnel who were in charge of traffic control at that time. Believe me, this is a clear case of corruption fighting back”, he alleged.

According to him, the allegations are not from stakeholders and the various unions and associations in the trucking business.
Similarly, Mr Gbade Amodu, Secretary of Corporate Fleet Owners Association, who disclosed that there is no member of the any of the recognized trucking associations that can come out to openly allege that the task team is collecting bribe from truckers before allowing them access to the port.

Amodu also said that one of those behind the allegation had once been arrested by the task team for trying to facilitate undue passage for trucks.

He also affirmed that the unfounded allegations were meant to discredit the Presidential team, even as he confirmed that the body had done very well in the short time.

“Let me tell you, what the task team has done is very obvious to any one who has to navigate through Apapa, or those who work there. As truck owners, we are in Apapa on daily basis, so we can confirm that they have done well. We were all here, even when the navy was in charge, they only compounded our woes and enriched themselves”.

He listed the achievements of the task team to include free flow of traffic into and out of Apapa. He also said that, “no one collects money from any truck owner or driver to access the port; once NPA gives you your call up, you are free. Truckers now wait for their turn, there is normalcy in Apapa now”.

Speaking in similar vein, Head of Operations, Council of Maritime Truck Unions and Associations (COMTUA), Alhaji Abdullahi Inuwa also debunked the allegation of extortion levied against the new task team by some truckers.

He said that despite the fact that his associated control over 70% of the trucks in the maritime industry, he has not heard about extortion by the task team member before now, and that .those who alleged cooked the story up.

“I know the strength of my organization (COMTUA) if you come to trucking sector my association control about 70% of the trucks that are operating in the maritime sector.”

“I know some people have their grievances over some operations that have taken place by the new task team in the area of the cleanup of some illegal parks under the bridges and all that”, he told journalists.

Meanwhile, the Vice Chairman of the Task Team; Mr Kayode Opeifa has accused the Chairman of Association of Maritime Truck Owners (AMARTO); Chief Remi Ogungbemi of being one of the cabals frustrating efforts of the task team because of alleged racketeering and profiteering from the gridlock.

He said it has been recommended that Nigeria Customs Service to auction containers directly inside the port based on the overtime cargo list submitted by the terminal operators.

He however lamented that since the instruction was passed; only PTML Terminal has complied with the directive, but other terminals have refused to submit the list of overtime cargoes in their possession.

“All terminal operators have been directed to give their overtime cargoes to the Customs, only PTML submitted and immediately the Customs published it for auction, they made a public announcement for the process”

“All overtime cargoes, which is the interpretation of congestion should be resolved. The cargoes in the port should be sold. Customs should improve their efficiency”

“The problem is fault of Customs and terminal operators, the Customs cannot act without terminal operators providing the data, it is when they have provided data and customs did not act that we can now hold Customs”, he added.