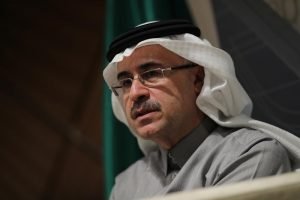 24 October 2016, News Wires — Saudi Aramco aims to allocate some 2-3 million barrels per day of its crude oil production to petrochemicals, CEO Amin Nasser said on Tuesday, a sign the state energy group is hedging its bets against a possible demand slowdown.

Aramco has been boosting its investments in refining and petrochemicals to secure new markets for its crude, as it sees growth in chemicals central to its downstream expansion strategy.

The company is working on buying a stake in Saudi Basic Industries Corp (SABIC), the world’s fourth largest petrochemical maker, as part of plans to become a leader in the chemical industry, Nasser told an investment conference in Riyadh.

But anti-trust regulations abroad will mean that the company’s planned acquisition of a controlling stake in SABIC will take time, he said, noting that SABIC has a presence in 50 countries around the world.

Aramco hired JP Morgan and Morgan Stanley to advise on a potential acquisition of as much as 70 percent stake in SABIC, currently held by Saudi Arabia’s Public Investment Fund, sources told Reuters in July.

Nasser said the Saudi Arabian government was still committed to an initial public offering of Aramco, while the timing depended on market conditions and other factors. He added that Aramco could not list while the SABIC deal was ongoing.

Nasser also said bankers had not expressed any concerns about a recent rise in Saudi funding costs ahead of the company’s potential acquisition of the SABIC stake.

The cost of insuring against a Saudi sovereign default over the next five years touched 100 basis points last week for the first time since June, showing how the killing of journalist Jamal Khashoggi has damaged sentiment toward the country.

Asked whether bankers raised any concerns about the death of Khashoggi or whether it would cause higher funding costs for the deal, Nasser said: “None whatsoever.”

“Aramco is well positioned financially,” Nasser told reporters on the sidelines of an investment conference in Riyadh. “So far we have no issue to finance any of our projects. I don’t anticipate seeing any issues in financing.”

He also said it would take Aramco three months to reach maximum oil production capacity of 12 million bpd, if needed.

Aramco plans to raise its refining capacity to between 8 million and 10 million barrels per day, from some 5 million bpd now, and double its petrochemicals production by 2030. Aramco pumps around 10.7 million bpd of crude oil.