04 May 2014, Lagos – As price of Bonny Light, Nigeria major oil export climbed to the $111.9 mark at the weekend, economic analysts said the coast is clear for the Federal Government to sustain the momentum of foreign reserves accretion and bumper revenue generation. 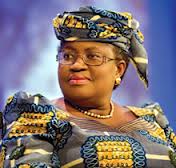 The optimism came as the Central Bank of Nigeria’s data for the month of February put estimated federally collected revenue at N847.81billion, exceeding the receipts in the preceding month by 25 per cent although it was lower than the monthly budget by 10.3 per cent.

According to the CBN’s Economic Report for the month of February, Nigeria’s crude oil production, including condensates and natural gas liquids was estimated at an average of 1.86million barrels per day (mbd) or 52.08million barrels for the period. This was 0.06 mbd or 3.1per cent lower than the 1.92 mbd or 59.52 million barrels produced in the preceding month.

Crude oil export was estimated at 1.41mbd or 39.48 million barrels for the month of February. This represented a decrease of 4.1per cent when compared with 1.47mbd or 45.57 million barrels recorded in the preceding month.

Deliveries to the refineries for domestic consumption remained at 0.45 mbd or 12.6 million barrels during the review month. However, the apex bank’s report which came out shortly before the new price mark, said at an estimated average of $111.40per barrel, the price of Nigeria’s reference crude, the Bonny Light (37º API), rose by 1.1per cent above the level in the preceding month.

Responding to the new development, Head, Research & Investment Advisory at Sterling Capital, Mr. Sewa Wusu, said it is a positive development, explaining that it would eventually reduce pressure on the naira.

“As a matter of fact IMF recently classified Nigeria as one of the resilient economy in the sub Saharan Africa. The onus now lies on government to fine-tune their policy directions on critical areas of the economy that will enhance inclusive growth and eradicate poverty.

This will enable the common man feel the impact of the positive numbers that the economy is currently projecting,” the Sterling Capital official said.

He added, however, that the next year election may increase the leve of spending saying, “The truth is also that, we expect to see more fiscal imprudence owing to the upcoming election, which is a norm.

But, going forward, the accretion is a positive development. As far as the global economy is improving and demand for oil is increasing.

Nigeria can only be better in terms of revenue.” According to the CBN, the average prices of other competing crudes, namely the West Texas Intermediate at $95.00 per barrel; the U.K Brent
at $109.77per barrel; and the Forcados at $112.26 per barrel, also showed similar trend as the Bonny Light.

The Economic Report stated that relative to the preceding month, growth in estimated federally-collected revenue (gross) was attributed to increases in both oil and non-oil revenue.

At N630.14 billion, oil receipts (gross), which constituted 74.3per cent of the total revenue, exceeded the receipts in the preceding month by 32.8 per cent, but was lower than the monthly budget estimate by 2.2 per cent. The fall in oil receipts relative to the monthly budget estimate was attributed to the shortfall in receipts from crude oil and gas export due to pipe line vandalism resulting in a drop in production. Relative to the preceding month, the rise in oil receipts was attributed to increase in all its components.

Meanwhile, the CBN disclosed that non-oil receipts (gross), at N217.68 billion or 25.7per cent of the total, exceeded the receipts in January by 8.4 per cent, but was lower than the monthly budget estimate by 27.6 per cent.
“On a month-on-month basis, the rise  in non-oil receipts (gross) was attributed to the growth in receipts from all its components, except customs and excise duties and education tax. However, the decline in non-oil revenue relative to the monthly budget estimate reflected,  largely, the low receipts from all its components except custom special levy and Value Added Tax.

“Of the federally-collected revenue (gross), the sum of N498.44 billion (after all deductions and transfers) was transferred to the Federation Account for distribution among the three tiers of
government and the 13.0 per cent Derivation Fund.

“The balance of N52.31 billion was credited to the 13.0 per cent Derivation Fund for distribution to the oil-producing states. From the VAT Pool Account, the Federal Government received N11.85 billion, while the state and local governments received N39.49 billion and N27.64 billion, respectively,” the report said.
It added that “Overall, the total allocation to the three tiers of government from the Federation and VAT Pool Accounts in the review month amounted to N620.59 billion. At N284.47 billion, the estimated Federal Government retained revenue for February 2014 exceeded the receipts in the preceding month by 8.2 per cent, but was lower than the monthly budget estimate by 30.4 per cent.