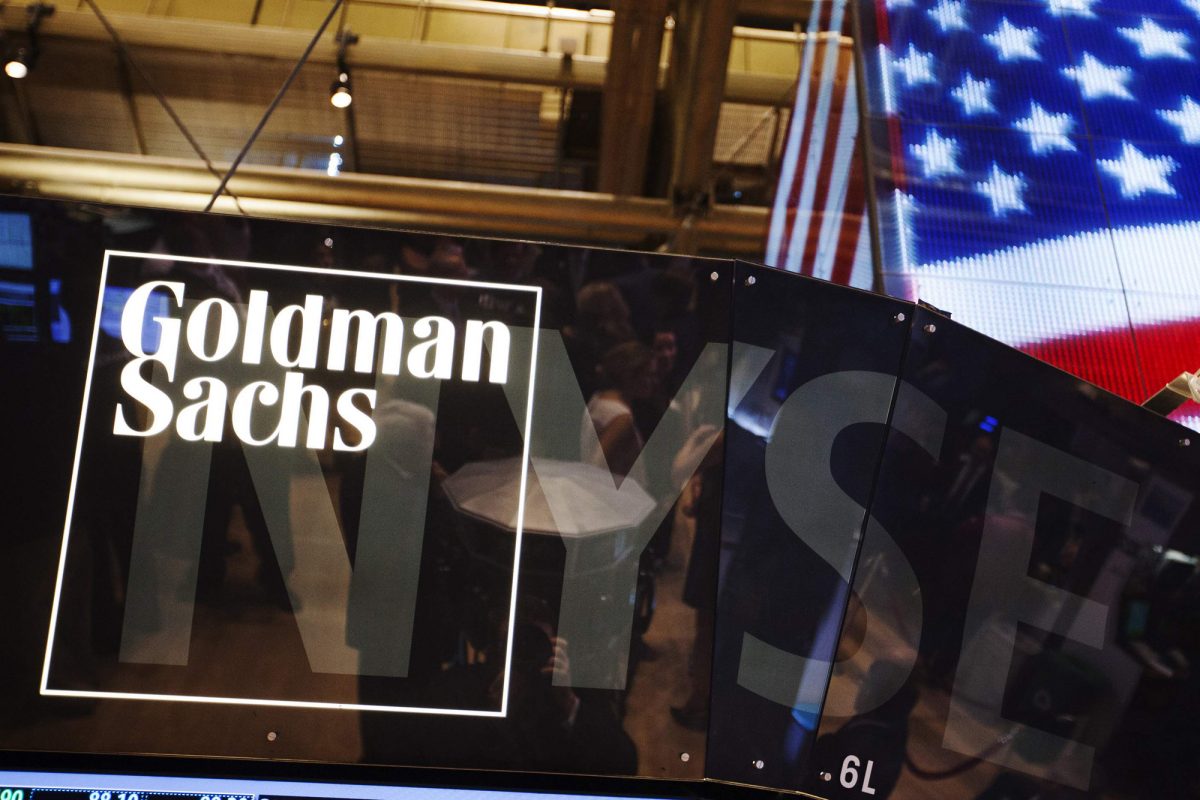 *The Goldman Sachs logo is displayed on a post above the floor of the New York Stock Exchange, in this September 11, 2013 file photograph. Goldman Sachs Group Inc’s quarterly profit fell 2 percent as weak bond-trading volumes hit revenue in the Wall Street bank’s biggest business. The fifth-largest U.S. bank by assets reported on October 17, 2013 a third-quarter profit of $1.43 billion, or $2.88 per share. This compared with a profit of $1.46 billion, or $2.85 per share, a year earlier. REUTERS/Lucas Jackson/Files (UNITED STATES – Tags: BUSINESS LOGO)

Citigroup Inc has won the mandate to advise Saudi Basic Industries Corp (SABIC) 2010.SE, two of the sources said on Monday, while Reuters previously reported that JPMorgan and Morgan Stanley are advising Aramco.

Goldman, Citigroup and BAML declined to comment. Michael Klein, whose firm is also known as M. Klein & Company, did not immediately respond to a request for comment.

The deal mandate is a major win for Goldman Sachs, which like other Western investment banks has built up its Saudi business to capitalize on the government’s plans to privatize assets and diversify the oil-dominated economy.

Klein was previously picked to advise Saudi Arabia on its planned flotation of Saudi Aramco and has experience working on big chemicals deals, including acting for Dow Chemical on its $130 billion merger with DuPont in 2015.

Investment banking fees in Saudi Arabia are modest compared to elsewhere, while risks are high, making the SABIC deal an especially coveted prize. Riyadh recently shelved plans to float Aramco and has postponed an airport privatization on which Goldman was advising.

Goldman began operating in Riyadh in 2009 and obtained new licenses in 2014 and 2017 that have allowed it to expand. It bought a portion of Aramco’s $10 billion credit facility last year in an attempt to secure a role in the IPO.

Citigroup has also sought to rebuild its presence in Saudi Arabia after an absence of almost 13 years. In January, it won approval to begin investment banking operations there.