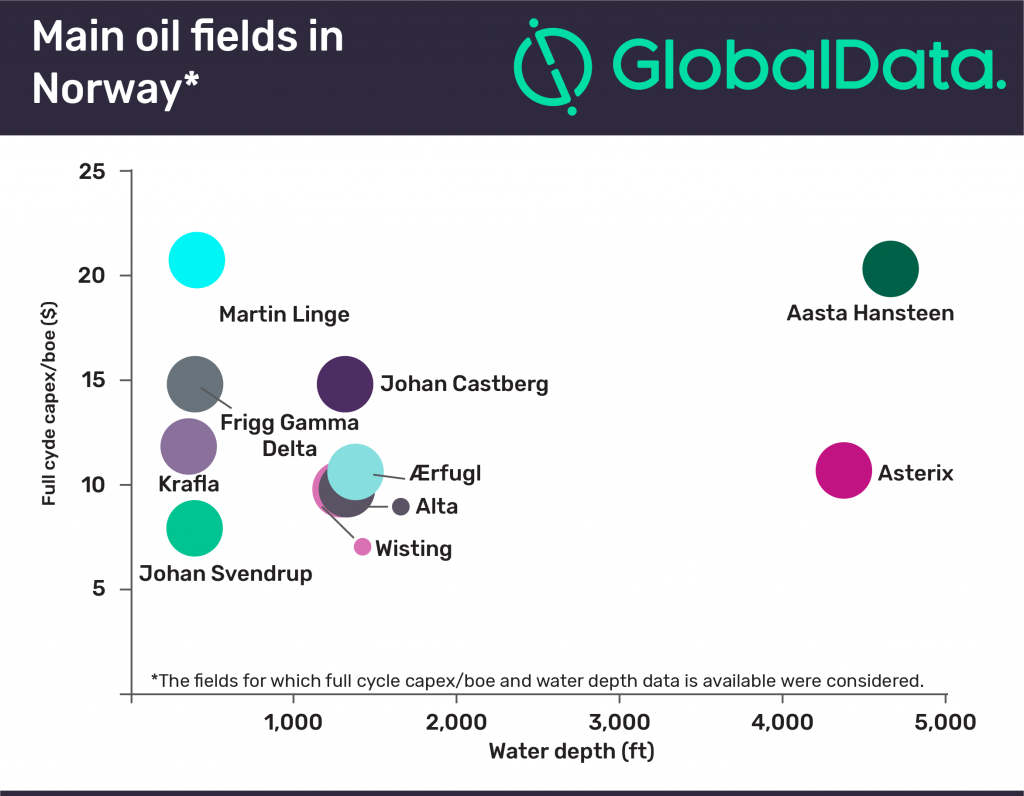 05 March 2018, Sweetcrude, Lagos — Analysis of Norway’s upstream oil and gas industry shows that the country currently has 887 licensed blocks, of which 529 blocks are in the shallow water terrain and 358 are in deepwater terrain, according to GlobalData, a leading data, and analytics company.

Statoil ASA, Petoro AS, and Aker BP ASA represent the companies with the largest licensing presence in Norway, each participating in 480, 368 and 225 blocks, respectively. In January 2018, the country awarded a record number of production licenses, with 75 licenses secured by 34 companies, demonstrating the continued interest both in mature areas such as the North Sea and new frontier areas such as the Barents Sea.

A total of 88 discoveries were made in Norway over the past five years, according to GlobalData. Of these, 45 are deepwater and 43 are in the shallow water terrain. Water depths for the discovered fields varied from 213 to 4,674 feet. The key players, Statoil ASA, Lundin Petroleum AB, and Wintershall Norge ASA were responsible for 51, 11 and 8 discoveries, respectively, over the past five years. 7219/12-2 S, a deepwater well is the latest discovery in the Barents Sea basin, with a water depth of 1,109 feet.

Norway currently has 144 discovered, 83 producing, 15 planned, 14 announced, and 22 abandoned fields. Of these, 184 are oil and 94 are conventional gas fields. Johan Sverdrup, Ærfugl, and Aasta Hansteen are the largest planned fields, expected to come online by 2019, 2020 and 2018 respectively. Johan Castberg is the largest announced oil field, expected to commence operations by 2022. Statoil ASA is the operator of the field and Eni SpA (30%), Petoro AS (20%), and Statoil ASA (50%) are the equity stakeholders of the project.