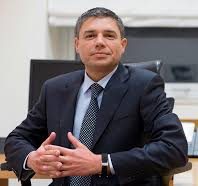 Baker Hughes, previously focused heavily on technologies serving the oil and gas industry, has re-positioned its business to focus on energy transition technologies. On Tuesday, it announced a carbon capture agreement with Borg CO2 in Norway.

“We are committed to leading the energy transition,” Chief Executive Officer Lorenzo Simonelli said at the Reuters Events: Energy Transition Conference. “I call on my fellow industry leaders to embrace being the first movers,” he added.

Baker Hughes roughly two years ago committed to net-zero emissions by 2050, and on Tuesday its top oilfield rival, Schlumberger, made the same pledge.

Borg CO2 and Baker Hughes will develop a carbon capture and storage project in the Viken region of Norway to serve as a hub for decarbonization for industrial sites in the area.

Although Baker Hughes is staking much of its future on a transition to more renewable energy and “greener” technology, Simonelli said there is no scenario in which the demand for hydrocarbons disappear.

He estimated that peak oil demand would occur in years, not decades, but said hydrocarbons would remain a key part of the energy transition, pointing to natural gas.

Shares of Baker Hughes were flat in midmorning trading at $23.93.