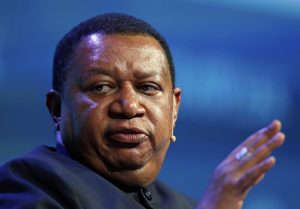 Lagos — Secretary-General of the Organization of the Petroleum Exporting Countries, OPEC, Dr. Mohammed Barkindo, has been presented with the Euroknowledge Oil and Gas African Icon award.

The award was received on his behalf by James Griffin, OPEC’s Editor/Speechwriter, at the House of Lords, London UK on Monday.

In his acceptance speech, read by Mr. Griffin, Barkindo said he was “deeply honoured and humbled” to receive the award.

“Firstly, the teamwork, dedication, and selflessness of a remarkable group of countries: namely, the strategic partners in the historic ‘Declaration of Cooperation’ that are focused on balancing the market and helping achieve a sustainable oil market stability”.

Barkindo said he believed that working with statesmen, leaders, and representatives of OPEC-member countries and non-OPEC producing countries, has been the honour of a lifetime.

Moreover, he said, the tireless work has borne fruit and the oil industry is in a much healthier place than it was when the Declaration of Cooperation was initiated in January 2017.

Secondly, he said the development, as well as the rejuvenation of OPEC, has also occurred at the same time as the intensification of OPEC’s engagement with Africa.

Half of OPEC’s membership comes from Africa.

Anadarko to negotiate sale to Occidental ‘superior’ to Chevron deal

Looking to the future, He said OPEC will never cease to advocate for cooperation, collaboration and fraternity among nations as the best solutions to overcoming challenges.