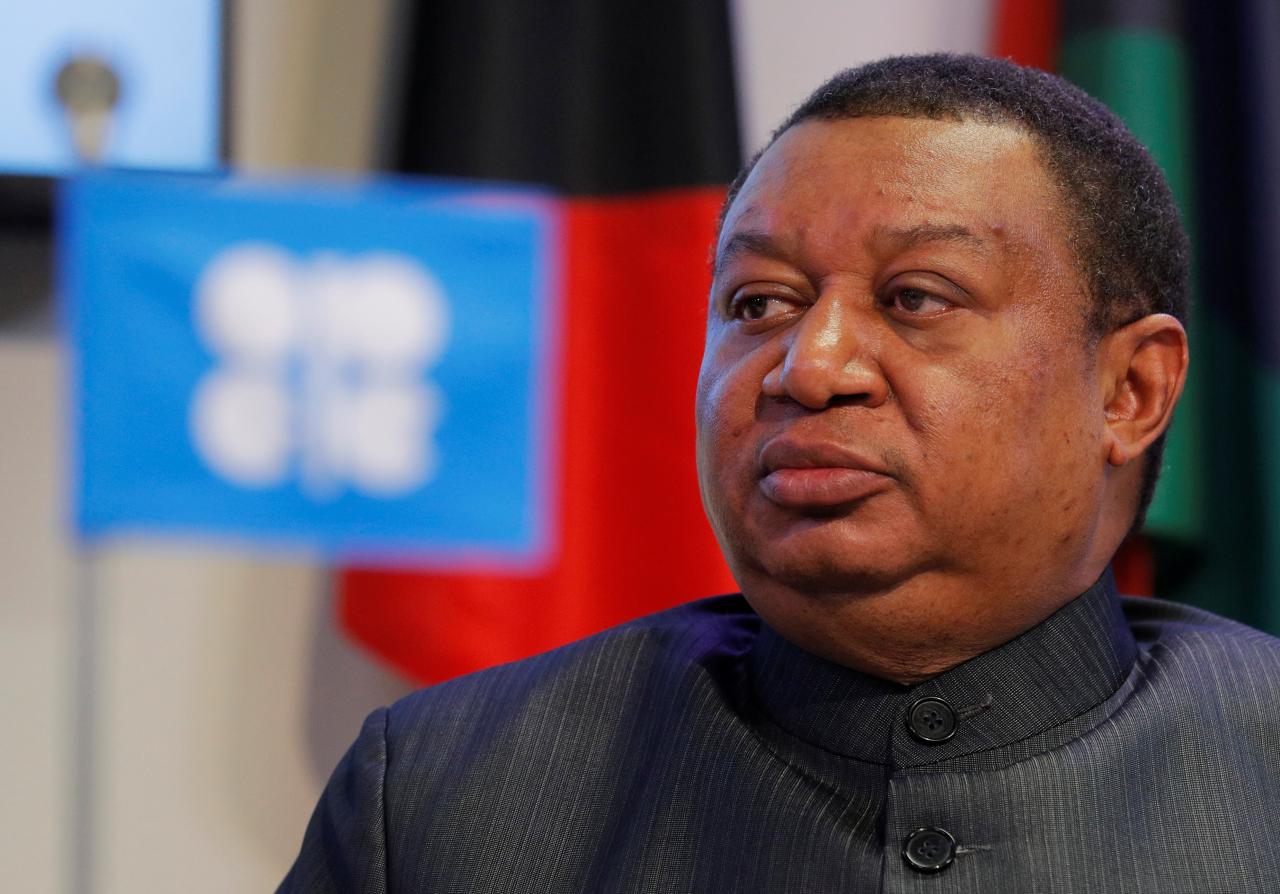 *Mohammed Barkindo at the presentation of the OPEC.

25 June 2018, Sweetcrude, Lagos — The Secretary-General of Organisation of the Petroleum Exporting Countries, OPEC, Muhammad Barkindo, has denied widely reported report that the U.S President, Donald Trump had influenced the increment of 1 million barrels per day adjustment by the Group.

The OPEC chief cleared the air in a live interview with the News Agency of Nigeria, NAN on Sunday after the OPEC and non-OPEC ministers had on Saturday in Vienna.

OPEC and its participating Declaration of Cooperation, DoC partners had on Saturday, agreed to increase oil supplies which remained unchanged for 18 months.

However, Mr. Barkindo said the decision to boost output by 1 million barrels per day from July 1, 2018, was without any influence from the U.S.

Mr. Trump had on April 20, tweeted “Looks like OPEC is at it again with record amounts of oil all over the place including the fully loaded ships at sea. Oil prices are artificially very high! No good and will not be accepted!”

He also tweeted on June 13 that “Oil prices are too high, OPEC is at it again. Not good.”

Again, on June 22 as OPEC was concluding its meeting on whether to hold or increase crude oil supply, Trump tweeted, “Hope OPEC will increase output substantially. Need to keep prices down.”

“The impact of geopolitics is visible everywhere in this industry, and therefore our efforts to insulate the organisation from geopolitics have never been more challenging than now”.

“The founding fathers of this organisation designed it in a way that will be an unpolitical organisation focusing on the industry and as a technical body that advises member countries”.

“So politics is not for us in the organization”.

“We remain focused as an unpolitical organisation and will remain focused on our core responsibility of trying to manage the market, especially the instrument of supply management to maintain stability at all times,” Mr. Barkindo said,

Mr Barkindo said OPEC had transformed and that was why the organisation remained a strong voice in the energy industry.

He said since he took over the leadership of the organisation in August 2016, the membership had grown from 13 to 16 as result of unrelenting negotiations.

“The family is growing and for us, the more the better.

“Equally important is the fact that for the first time, we have been able to establish a Declaration of Cooperation that brought 25 countries to share the responsibility to this one industry that we all belong.

“We are trying to institutionalise this cooperation because we all agree that we are better together. That is why we are focusing on how we can stay together.

“We are now developing that framework. This will allow countries to join OPEC as full members, some as associate members,” he said.

On the growing force of US Shale in the crude oil market, Mr Barkindo said OPEC had successfully established a channel of communication with shale oil producers, which he said would further stabilise the market.

“Without the shale revolution in the US bringing in now over 5 million barrels per day, the world would have faced probably one of the worst energy crisis”.

“We have been able to establish a communication channel so we now understand ourselves much better”.

“In a meeting in Houston, we agreed that we belong to the same boat and the Berlin Wall between us, we all agreed served nobody any good”.

“In fact, some of them were present at the 7th OPEC international seminar which held here in Vienna,” he said.