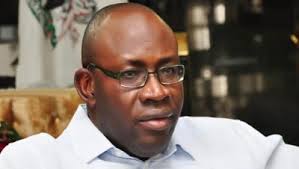 Port Harcourt — The Bayelsa State government has announced that it has appealed the court judgement which ceded the disputed Soku oil wells to Rivers State.

The ruling had led to several reactions and counter-reactions between the Bayelsa State governor, Chief Seriake Dickson and his Rivers State counterpart, Governor Nyesom Ezenwo Wike.

But the Solicitor General of Bayelsa State, Preye Agada, who filed the appeal, said the state is seeking a stay of execution on the judgement.

Agada regretted that the Federal High Court in Abuja delivered judgement against the state, without joining it as party in the suit.

He maintained that the disputed oil wells are in Oluasiri in Bayelsa State and not in Soku as claimed by Rivers State, explaining that Bayelsa has been receiving the 13percent derivation and other statutory allocations accruing from the oil wells for a long time.

“In the motion on notice in the suit no FHC/ABJ/CS/984/2019, Bayelsa State was not served the processes in the suit before the lower court delivered the said judgment.

“The state government has also sought an order of the court to appeal the judgment as an interested party in the suit between Attorney General of Rivers State and the National Boundaries Commission.

The Bayelsa State Government also disclosed that they have written all relevant federal agencies to stay action on enforcement of the judgment.

The agencies according they Bayelsa State government, are, “Attorney General and Minister of Justice, the Minister of Finance, the Accountant General of the Federation, the Chairman, Revenue Mobilization, Allocation and Fiscal Commission, and the National Boundary Commission.”