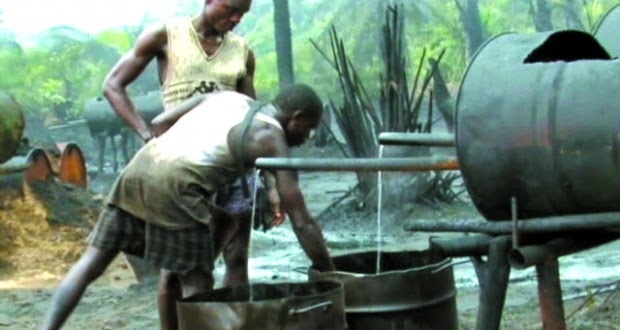 The government threatened to deal with any leader, who provides safe haven for the criminals to carry out their operations.

The state Deputy Governor, Sen. Lawrence Ewhrudjakpo, gave the warning in reaction to the attack on operatives of the Nigerian Security and Civil Defence Corps, NSCDC, in Amabulou, Ekeremor Local Government Area of the state, by suspected oil thieves.

It was gathered that suspected oil thieves last week ambushed and attacked a team of NSCDC personnel, engaging them in a gun duel that led to loss of weapons and the abduction of one of the personnel.

The members of the Amabulou community, however, rescued the NSCDC personnel who had been disarmed while the suspected militants escaped with their arms.

Meanwhile, the Deputy Governor said that the state government will not hesitate to wield the big stick against any community found aiding and abetting crime and criminality in the state.

Ewhrudjakpo, in a statement by his Senior Special Assistant, Mr Doubara Atasi, assured NSCDC that the government would leave no stone unturned to apprehend and prosecute the perpetrators of the attack.

He charged community leaders to work closely with security agencies to identify and expose the criminal elements within the community in order to improve on the prevailing peace.

He said: “Our community leaders should understand that they also have a lot of responsibilities. As a CDC chairman, you have a duty to protect government facilities in your community.

“Your duty as youth president includes identifying criminal elements in the community and reporting them to the CDC chairman, the ruler, elders of the community and even security agencies, and not only to share in royalties.”