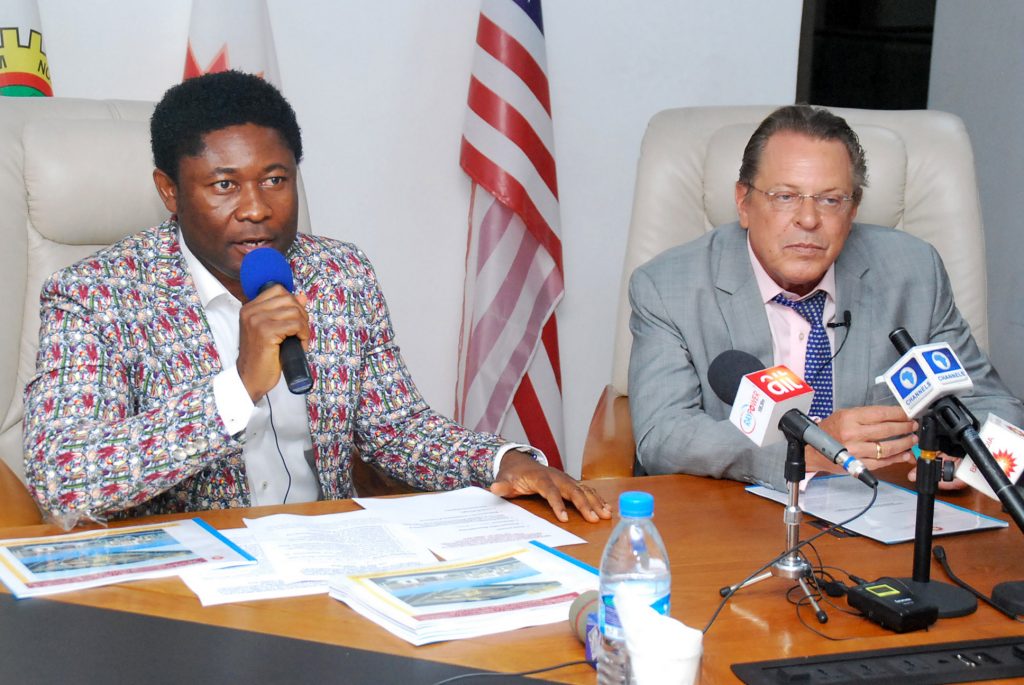 11 April 2018, Sweetcrude, Port Harcourt — In a bid to foster strategic economic growth in the Niger Delta region, an indigenous oil firm, Belemaoil Producing Limited has appealed to the United States Department of Commerce, to establish a business liaison office in Port Harcourt.

President and Founder of Belemaoil Producing Limited, Mr. Jackrich Tein made the appeal when the US Consul-General to Nigeria, Mr. John Bray paid a courtesy visit to the corporate head office of the company in Trans-Amadi, Port Harcourt, the Rivers State capital.

Tein explained that the establishment of such office will effectively coordinate the activities of the US Department of Commerce within the Niger Delta.

He said the company wants to collaborate with the Commerce Department of the US in order to strengthen existing bilateral relationship between Nigeria and the United States and to create more value for mutual benefits.

Such mutual benefits, according to him include trainings and workshops, technical partnerships, procurement of equipment, materials and spare parts as well as acquisition of state-of-the-art technology to support home economy, etc.

“Port-Harcourt is West Africa’s economic hub for oil and gas investment which operates over 85 percent of Nigeria’s economy.

“The city is also the heart of the Niger Delta, which is Nigeria’s treasure base. Therefore, such US commercial presence will greatly foster economic and diplomatic cohesion.”

He recounted the achievement of the company under one year to include creation of direct employment to over 3000 Nigerians.

“In the last one year, we have provided over 3000 direct employment, over 400 local and overseas scholarships. We have also been able to eradicate 100percent of incidences related to pipeline vandalism, and economic sabotage within OML 55.”

Responding, the United States Consul-General in Nigeria, Mr. Bray welcomed the idea of sighting a commerce liaison office in Port Harcourt, but however, called for the conduct of peaceful election in 2019 to attract more investors.

“How do we get that sense of security back to the United States, back to American business people, and back to my government so we can open a liasion office in Port Harcourt.

“If you want investors to come, let’s have a free, fair, transparent and non-violent election here,” Bray said.

Also speaking, the Rivers State Commissioner for Commerce and Industry, Mrs. Nancy Nwankwo, said the state government was working hard to make the state a safe haven for investment.

“We are opening our hands for external investors. By the time you go back you will bear witness with me that Rivers state is an investors destination,” Nwankwo said.