12 September 2018, Sweetcrude, Lagos — Around 50% of Belgium’s annual power generation is expected to come from non-hydro renewables in 2030, the same share that came from nuclear power in 2017, according to GlobalData, a leading data, and analytics company.

GlobalData’s latest report, ‘Belgium Power Market Outlook to 2030, Update 2018 – Market Trends, Regulations, and Competitive Landscape’, which provides analysis of the Belgian power market’s regulatory structure, import and export trends, competitive landscape and power projects, reveals that Belgium will lose a significant proportion of its generation capacity by the end of 2025 when its nuclear power plants are due to retire. This could mean that the country will be a net importer of electricity thereafter if non-hydro renewables are unable to bridge the gap. 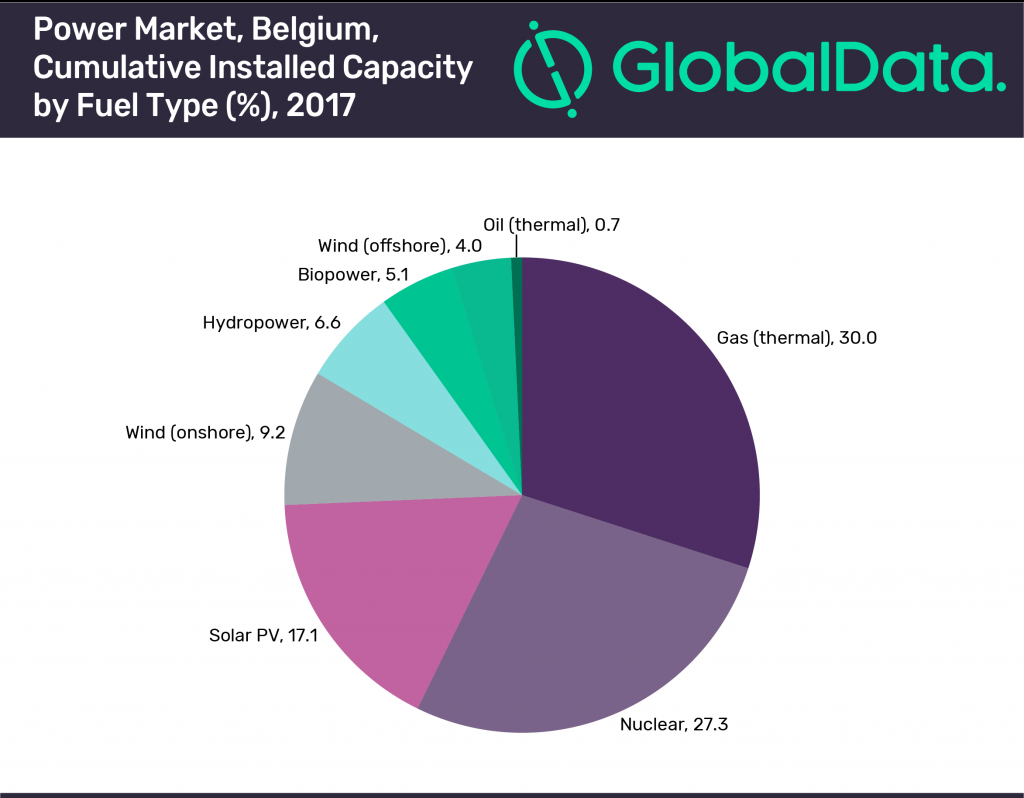 The closure of Belgium’s nuclear power plants in 2025 and the simultaneous closure of some old gas-based facilities, would lead overnight to a power generation shortfall of 3.6 GW to meet demand. The country’s lack of domestic fossil-fuel reserves and a nearly exhausted hydropower potential means that it will have to increasingly rely on non-hydro renewables.

Cumulative installed non-hydro renewable capacity is expected to increase at a CAGR of 7.1% between 2018 and 2030, reaching 18.7 GW.

Chatterjee continues, “Currently, wind and solar Photovoltaic (PV) account for the dominant shares of installed renewable capacity. Their plans for the construction of new wind and biopower plants will contribute substantially to renewable capacity additions during the forecast period.” 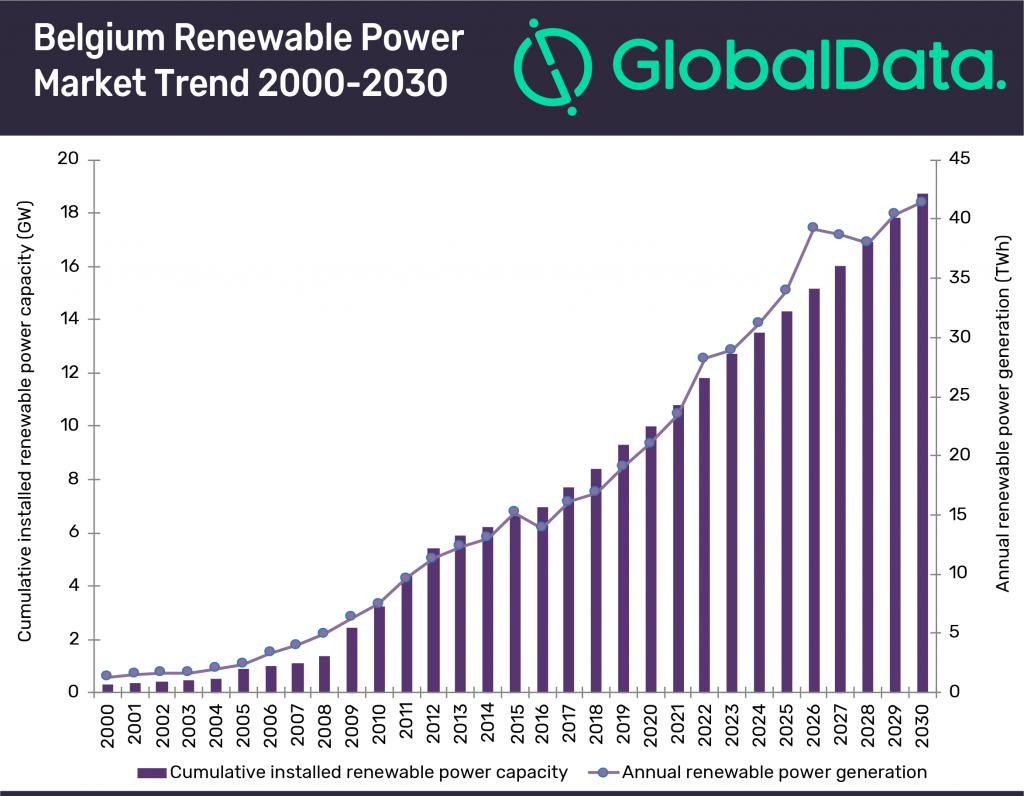 As a result of the country’s small land area limiting solar and wind power generation, Belgium will have to rely on cogeneration facilities, alongside its offshore wind generation potential, to meet its power demand. However, the country cannot afford to depend too heavily on power imports, so it must find a way to adequately replace its domestic nuclear power sources in a reasonable period of time.

Chatterjee concludes, “The answer to this challenge is likely to lie in creating an infrastructure that will boost energy efficiency, leading to a lower growth in electricity consumption. Belgium should also invest in energy storage technologies, including grid-based storage, which will help in meeting demand when production from renewable sources is low.”