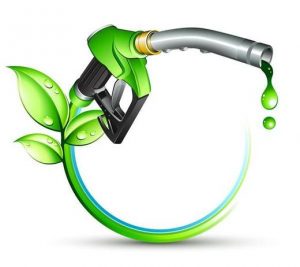 12 November 2018, News Wires — Top oil and gas companies jointly spent around 1 percent of their 2018 budgets on clean energy, but investments by Europe’s giants vastly outpaced their U.S. and Asian rivals, a study showed.

Companies such as Royal Dutch Shell, Total and BP have in recent years accelerated spending on wind and solar power as well as battery technologies, seeking a larger role in global efforts to slash carbon emissions to battle global warming.

But the transatlantic divide remains wide, according to CDP, a climate-focused research provider that works with major institutional investors with $87 trillion in assets.

“With less domestic pressure to diversify, U.S. companies have not embraced renewables in the same way as their European peers,” CDP said in a report.

Europe’s oil majors account for around 70 percent of the sector’s renewable capacity and nearly all the capacity under development today, the CDP study said.

Shell leads the pack with future plans to spend $1-2 billion per year on clean energy technologies out of a total budget of $25 to $30 billion. Norway’s Equinor plans to spend 15-20 percent of its budget on renewables by 2030.

Since 2010, Total has spent the most on low-carbon energies, around 4.3 percent of its budget, according to the study.

As a whole, however, the world’s top 24 publicly-listed companies spent 1.3 percent of total budgets of $260 billion on low carbon energy in 2018.

That is still nearly double the 0.68 percent of investments the group had made in the period between 2010 and 2017.

Investments accelerated in the aftermath of the landmark U.N.-backed 2015 Paris Climate Agreement where governments agreed to reduce net emissions to zero by the end of the century in order to limit global warming to below 2 degrees Celsius (35.6°F).

Since 2016, 148 deals have been made in alternative energy and carbon capture, utilization, and storage (CCUS) technologies.

Energy companies are increasingly shifting towards producing gas, the least polluting fossil fuel that they say will play a major role in reducing emissions by displacing dirtier coal and meeting rising demand for electricity.

The Oil and Gas Climate Initiative (OGCI), which brings together 13 of the world’s top oil and gas companies, pledged earlier this year to slash emissions of a potent greenhouse gas by a fifth by 2025.

(For a graphic on ‘Oil companies’ low-carbon investments’ click tmsnrt.rs/2PdABFA)

But critics say the sector is not doing enough.

“This 1 percent figure pales in comparison with the amount of money Big Oil spends blocking climate initiatives and regulations, and invests in fossil fuel projects that have no place in a well-below 2 degree Celsius world,” said Jeanne Martin of campaign group ShareAction.

Last week, voters in Washington state rejected a ballot initiative to create the first carbon tax in the United States after an oil industry campaign argued it would hurt the economy.

“Investors need to step up their engagement and tell fossil fuel companies to align their business models with the goals of the Paris Agreement,” Martin said.