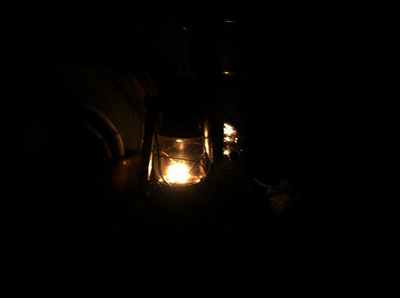 Port Harcourt — Parts of Rivers and Bayelsa States have been thrown into darkness, following the shutting down of Ahoada and Yenagoa transmission stations, by youths.

Our correspondent gathered that some aggrieved youths from communities in Ahoada East Local Government Area of Rivers State, playing host to the transmission stations, shutdown the station demanding improved power supply in the area.

Acting Manager, Corporate Communications PHED, Chioma Aninwe, said that the action of the community was responsible for the power outage in parts of the two states.

Aninwe urged customers in the affected areas to bear with the company, as plans were underway by the Disco to engaged the community leaders for a peaceful resolution of the incident.

“Please, be informed that the outage being experienced in some parts of Rivers and Bayesla State, is as a result of unlawful barricade of Ahoada Transmission Station by some community youths, who coerced the operators to shut down both Ahoada and Yenagoa Transmission Stations.

“Power supply will be restored as soon as this issues is resolved.”