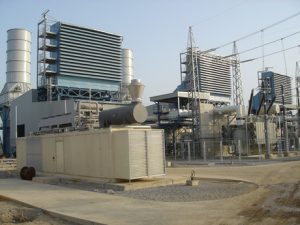 31 january 2018, Sweetcrude, Port Harcourt – Port Harcourt and its environs have been forced into total darkness after youths in Oyigbo Local government Area shut down the 132KVA Transmission Station in Afam.

The protesting youths under the aegis of Oyigbo Youth Assembly, said they were shutting the facility over what they termed as marginalization and neglect of the host communities by the Port Harcourt Electricity Company, PHEDC.

Leader of the protest, Mr. Ejike Dike, said the youths wants the Port Harcourt Disco to reconnect their electricity supply to the area which was disconnected last week.
Dike also said they want the distrobution company to give employment to the youths of the area.
“Last week we found out that PHEDC came to give Afam us black out. As it stands now PHEDC do not have any facility in Oyigbo local government area.
“The breakouts, the transformer, the belt conductor and everything does not belong to PHEDC. All maintainance of the line is done by the people of Oyigbo, why don’t know why PHEDC will come to put us into darkness; we will not take it again. PHEDC should give our sons and daughters employment.”
When contacted, the management of the Port Harcourt Electricity Distribution Company, said the disconnection was imperative following a culmulative debt of N5.8billion owed by the community in the last four years.
The Manager, Corporate Communication of the Company, Mr. John Onyi, regretted that the  ugly incident of shutting down its facilities by youths was becoming a recurring decimal any time disconnection of power supply to the community is carried out arising from non-payment of electricity bills.
Onyi who appealed to the Oyigbo Youth Assembly to vacate the Afam Transmission Station with a view to returning normal economic activities to Port Harcourt and its environs, however, maintainded that electricity supply was not free.
“PHED received a disturbing report at about 10:34am this morning that some group of persons known as Oyigbo Youth Assembly had shut down Afam Transmission Station, thereby throwing the entire Port Harcourt metropolis into darkness.
“It will be noted that the value of energy being wheeled to the community based on the statistical meter on their feeder is over N5.8 billion cumulatively with an average consumption of over N140 million on monthly basis.
“It must be noted that the survival of any business entity in the world thrives when customers pay for services rendered.”
The company also said that each time attempts was made to enumerate the community for the purposes of accounting for the energy and sustainability of the power industry, it is always met with resistance from the community.
“Worrisome also, is the fact that all the commercial outfits in the area such as cold rooms, hotels, hospitals, welders, schools, among others are not allowed to pay for energy consumed, yet they are smiling to the banks with the proceeds of their business
“On several occasions at different places, spanning over two years, meetings were held with relevant stakeholders including the Youth Assembly in other to explain the implication of not allowing PHED to collect their bills, yet they pretend not to understand.”