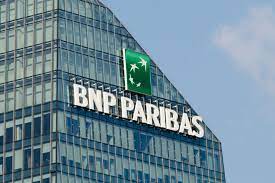 London — French bank BNP Paribas (BNPP.PA) on Tuesday pledged to slash the money it has outstanding with the oil extraction and production industries to less than one billion euros ($1.1 billion) by 2030, an 80% decline from its current balance of five billion euros.

The lender said it stopped financing oil projects back in 2016, but Tuesday’s commitment will accelerate the pace at which it reduces outstanding financing for oil extraction and production as part of its efforts to curb carbon emission and meet climate goals.

The bank will also cut outstanding financing for gas extraction and production by more than 30% by 2030, BNP Paribas said in a press release.

Banks have been announcing targets to shift towards lower-carbon sectors and away from fossil fuels, although with many of their goals out to 2030 it can be hard to assess progress.

Scientists say the world has only seven to eight years left before passing the 1.5C global warming limit set in the 2015 Paris Agreement, which would mean countries, companies and individuals have to cut emissions by half every decade until 2050.

Last week protesters from ecological movement Extinction Rebellion rallied outside a BNP Paribas building in Paris to oppose the bank’s loan to an oil major leading in an East African oil pipeline project.

In a statement on Friday, the bank said it “supports energy companies that are strongly committed to the transition of their models … to reorient financing toward low-carbon energy sources.”