19 December 2014, News Wires – Bolivia signed an agreement on Thursday to pay Argentina-based Pan American Energy $357 million in compensation for the 2009 nationalization of a subsidiary, a senior government official said.

The deal falls short of the $1.49 billion first demanded by Pan American in 2010. Bolivia seized control of natural gas producer Chaco from Pan American after talks over a share transfer broke down. 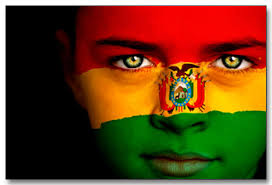 “Today an agreement was signed for $357 million, including a cash payment of $324 million, which means we are only paying 21 percent of the amount sought by Pan American Energy,” said the Andean nation’s attorney general, Hector Arce.

Bolivian President Evo Morales, a former coca grower who has followed a pragmatic socialist line in office, nationalised oil and gas businesses after he first assumed the presidency in 2006.

His prudent spending of gas revenues, in particular on anti-poverty programs, have earned the country’s first indigenous leader wide support in a country long plagued by political instability.

Chaco is currently a unit of Bolivian state-owned firm YPFB. Before it was expropriated, YPFB held 49% of the firm.

Morales won a third term in office by a landslide in October.