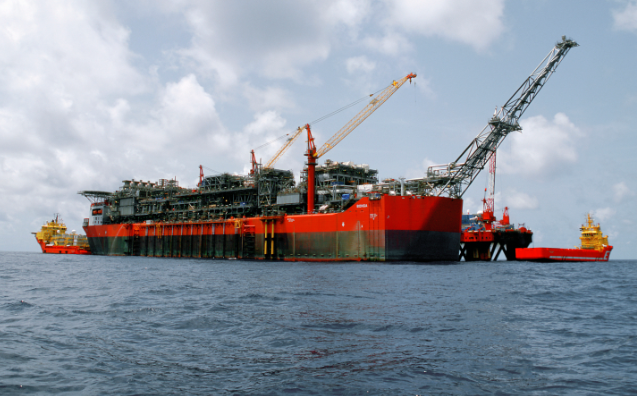 13 May 2018, Sweetcrude, Lagos — Shell Nigeria Exploration and Production Company (SNEPCo) delivered a total of 763 million barrels of oil from the Bonga field between first production in 2005 and 2017, while at the same expanding the field with further drilling of wells in Bonga Phases 2 and 3 and through a subsea tie-back that unlocked the nearby Bonga North West field in August 2014. “The success story at Bonga is not only that it is Nigeria’s first oil and gas production project in more than 1,000 metres of water, or that It increased Nigeria’s oil production capacity by 10% in 2005,” said SNEPCo Managing Director, Bayo Ojulari, while reviewing the operations of the company to journalists in Lagos. “The main point is that Bonga is a Nigerian venture delivered by Nigerians using global expertise and processes offered by Shell that has launched Nigeria into the league of notable deepwater players.”

He identified the Bonga turnaround maintenance in March and April 2017 as a significant milestone in SNEPCo’s operations. This was the most complex and largest of the three previous turnaround maintenances in the 12-year history of Bonga and has helped to ensure safe and sustained production and reduced unscheduled production deferments. More than 1,000 people and more than 50 Nigerian contractor and sub-contractor companies participated in the exercise.

Another milestone was the refurbishment of five subsea trees in 2015 at a fabrication yard at Onne in Rivers State, the first in Sub-Saharan Africa with Nigerian engineers and technicians playing key roles. The feat is consistent with the growth of support industries from Bonga operations which have boosted demand for a range of goods and services including offshore vessels and platforms, materials, floating hotels, helicopters and manpower, creating jobs and providing a range of training and maintenance services to the industry locally.

Working in close collaboration with the Nigerian National Petroleum Corporation (NNPC,) the concessionaire and co-venture partners, SNEPCo has implemented a robust social investment portfolio that has made a visible impact in the six geopolitical zones of Nigeria.

Mr. Ojulari paid tribute to the staff and contractor personnel who have worked hard to ensure sustained production at Bonga, thereby creating a stable source of revenue for all stakeholders particularly the Nigerian government. He added: “We are working hard to strengthen the Nigerian connection. It is not a coincidence that, since 2005, the Managing Director of SNEPCo has been Nigerian and today, 96% of SNEPCo’s staff is Nigerian. SNEPCo is also committed to further unlocking Nigeria’s deep-water resources and along with its co-venture and government partners is evaluating opportunities to further increase production of the Bonga field in an efficient and cost-effective way.”