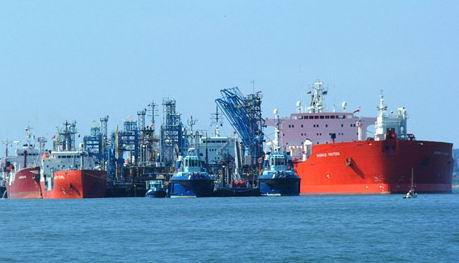 Lagos — The effect of the COVID19 pandemic has forced price of Nigeria’s number one crude grade, Bonny Light down to$13 per barrel this week.

According to Bloomberg, which quoted traders monitoring the West African market, it is a deep loss-making level that highlights the gap “that has emerged between real crude prices that producers are fetching, and headline futures contracts like Brent, which stood at about $28” yesterday.

Nigeria’s glut is caused by the fact that most countries in Europe that make up the traditional market for Nigeria’s crude are on lockdown to curb the Coronavirus spread, and as attractive as the prices are right now, buyers in Asia are believed to be unwilling to order cargoes because they will also need to pay for freight, “and no real need for the barrels since demand has been obliterated,” according to the report.

This situation is worsened by lack of on-shore storage facilities for the country’s unsold crude oil, as Nigeria will be compeled to seek ships to hold the crude.

The low demand could become a particular challenge for Nigeria, since the country has very little space unsold crude oil.

“That seems to be the first real point of a bust, with no onshore storage, so it has to go onto ships,” said Spencer Welch, a director on the oil markets and downstream team at IHS Markit.

The prices are well below the cost of producing oil in Nigeria — about $22 a barrel, and lower still than the the nation’s fiscal breakeven, assessed by Fitch Ratings about $133 a barrel.

Nigeria depends on crude sales for half of government revenues and 90% of foreign exchange earnings.

The IHS Markit says Nigeria would run out of storage space quickly if it could not find ships to take its oil.

According to the Nigerian National Petroleum Corporation, “The market is simply responding to the forces of demand and supply precipitated by the COVID-19 pandemic,” NNPC said in a statement.

“We are working assiduously to guarantee a steady market for our crude in the short and long term,” the state firm added.

Traders of West African oil say that about 10 million barrels for sale in April remain unsold with just 13 days of the month to go.

For May that is as much as 60 million barrels- that represents a very slow pace of sales, and the region’s June loading programs are just starting to be released.

The vast majority of unsold supplies are Nigerian rather than Angolan, and a big cause of the glut is because traditional European buyers have stopped purchasing because demand there has collapsed.

According to Bloomberg, “The weakness afflicting Nigeria is global.

Spot supplies of Canada’s Cold Lake were bought by a Chinese refiner at a discount of between $8 and $9 a barrel to ICE Brent on a delivered basis, while an oil major sold a shipment comprising Alaskan North Slope and Brazilian grades at a $5.50 to $6 discount, said traders who buy and sell crude in Asia.”