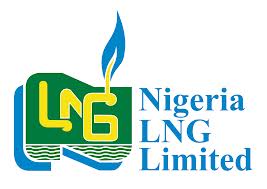 ‎Mkpoikana Udoma 12 September 2017, Sweetcrude, Port Harcourt – More than 200 youths in Bonny kingdom in Rivers State, on Monday staged a peaceful protest at the facility of the Nigerian Liquefied Natural Gas Company, NLNG, in Bonny, accusing the company of failing to meet up with its corporate social responsibility, particularly employment of graduates from the area.
The aggrieved youths who defied the heavy rain on Monday morning alleged that since 1996 when the company began its base construction in the area, the host community has not benefited anything from the company.
Bonny Youth Leader who led the protest, Mr. Christian Ezekiel Hart, said they have been denied spaces in employment opportunities in the company and only about 2percent of NLNG employees were Bonny indigenes.
Hart also alleged that out of 81 employment slots for graduate trainees advertised by the company, non of the slots was given to indigenes of Bonny Kingdom.
He lamented that indigenes of the area are the people suffering the health and environmental hazard caused by the operations of the company in the kingdom, yet had nothing to show for it.
The Bonny Youth Leader also alleged that rather than attend to the protesting youths, the management of NLNG used police personnel to chase them away from continuing with the protest.
“Just few months ago we got a hint that NLNG was employing 81 graduate trainees, we thought it was a joke so we tried to make enquiries, later we got the fact that the 81 slots was already filled.
“We wrote to the management NLNG to find out why the company would embark in such project without carrying along the Bonny indigenes who are graduates, but the company paid deaf ear to our concern.
“So this morning our youths came out in their numbers to protest the injustice, and we are saying that as host community we deserve the right to have some slots.”
The Bonny youths who had hitherto issued a seven point demand on the matter had said that the position of the CLO and CSO in NLNG and other multinationals operating in the area must be given to qualified Bonny indigenes.
The youths had also demanded that skilled and professional employees in NLNG must maintained 25percent while unskilled 40percent of indigenes, as well as establishment of a standard health care facility in Bonny and a reveiw of graduate trainee scheme to include 25percents of her indigenes.
“It is shame, Nigerians need to see the high level of gas flaring going on in Bonny, the poverty, hunger and unemployment among youths in Bonny, yet NLNG doesn’t want to meet up its corporate social responsibility, so we are saying enough is enough. Bonny graduates must be employed.
“For us we are not asking for too much, what we are asking here is a peanut compared to what NLNG is making out of Bonny and compared to what Bonny youths and Bonny people are suffering here.
“We are saying that as a host community, the security of this kingdom is best managed by people of this kingdom but NLNG decided to give it to non-indgenes and to us it is a slap. They must listen to us and if they don’t, we will go back to restrategize and then come back with a full force.”
Meanwhile the management of NLNG is yet to respond to the protest as well as the allegation that the company ordered security personnel to chase away the youths of Bonny during the protest this morning.