London — Demand and prices for battery material cobalt are soaring as electric vehicles stream out of showrooms in China and Europe, with little prospect of a significant reversal as drivers and governments move to cut carbon emissions. 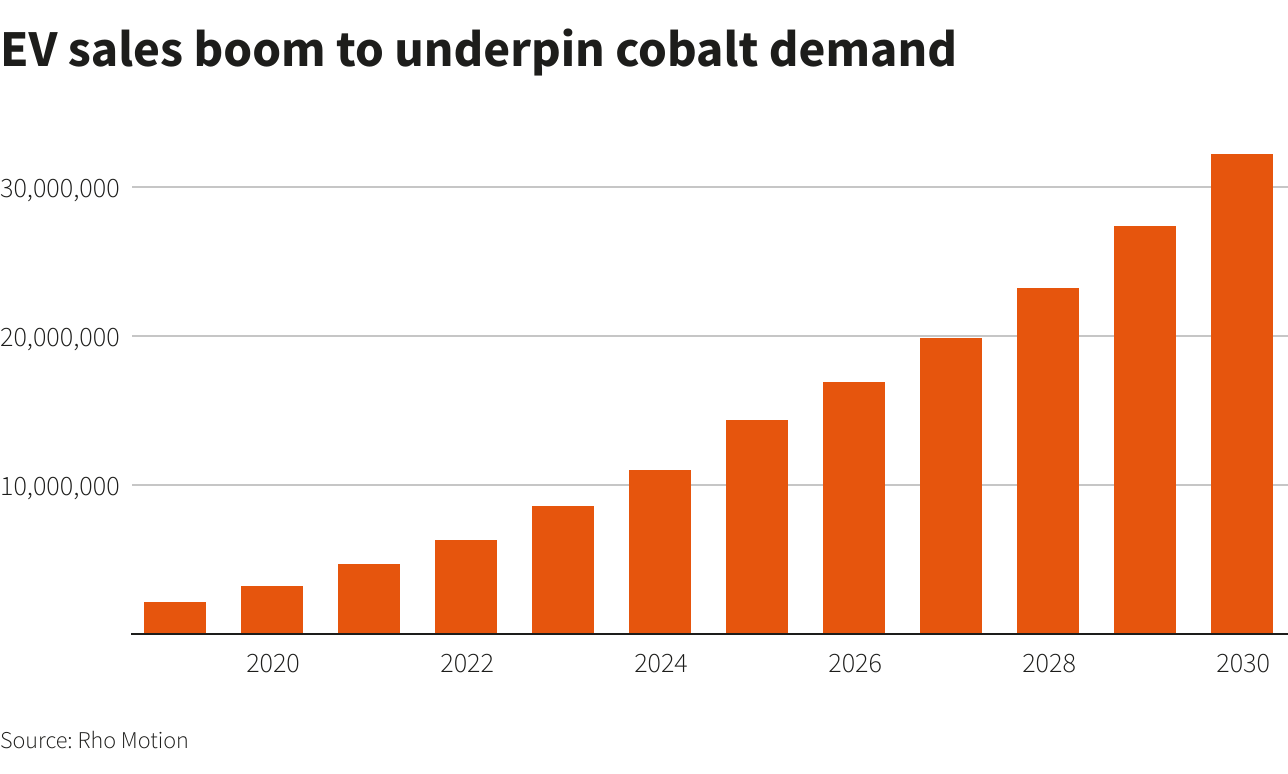 Payables – a reference to the percentage of the cobalt metal price used to price hydroxide, a feedstock for electric vehicle (EV) batteries – are up at around 93-94% from about 63-69% a year ago, analysts from Benchmark Mineral Intelligence said.

“Primarily the price rise has been driven by real demand, largely due to the rapid increase in sales of EVs,” said Benchmark’s head of price assessment Caspar Rawles.

“Ultimately, the overall price trend is up, although we may see some volatility.”

Supplies are scarce, partly due to COVID-19 logistical issues in South Africa – which transits material from the cobalt-rich Democratic Republic of Congo (DRC) – and after top cobalt consumer China stockpiled metal.

Cobalt demand – mainly for EVs where it is used to stabilise and extend the life of lithium-ion rechargeable batteries – is expected to outstrip supply, creating deficits.

Benchmark expects demand for cobalt to jump 18% this year from last year, or about 23,000 tonnes.

Shortages have been exacerbated by the closure since 2019 of the Mutanda mine in DRC, owned by top producer Glencore, and a decline in artisanal mining.

“There is a very material concern around long-term shortages for cobalt,” said George Heppel, analyst at CRU Group.

Sustained higher prices could see artisanal mining in the DRC rise while also incentivising smaller mines in other parts of the world, Heppel said.

The 127,000-tonne cobalt market will likely flip into a deficit of about 1,000 tonnes this year from a surplus of 1,100 tonnes last year, Benchmark data show.

Global EV sales are expected to rocket 50% in 2021 to 4.7 million vehicles and soar to 14.3 million by 2025, consultancy Rho Motion project estimated.