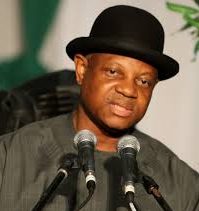 27 March 2018, Sweetcrude, Port Harcourt — Militants under the aegis of the Coalition of Niger Delta Agitators, have condemned the threats by a militant group, the Reformed Niger Delta Avengers, to resumed attacks on oil installations over the sack of the former coordinator of the Presidential Amnesty Programme, Brig.-Gen. Paul Boroh, Rtd.

This comes on the leels of a recent threat from the militant group, RNDA, to begin the bombing of oil facilities in the region in protest against the sacking of the former PAP Coordinator, Brig-Gen. Paul Boroh, Rtd.

But the agitators in a statement jointly signed by General John Duku of the Niger Delta Watchdogs, Gen. Osarolor Nedam of the Niger Delta Warriors and heads of eight other militant groups in the region, advised RNDA to stop unwarranted threats to attack oil installations; saying that Boroh does not deserve any pity, and should face his corruption charge to prove his innocence.

The agitators explained that it was uncivilized for Renewed Niger Delta Avengers or any other groups in the Niger Delta to demand the reinstatement of Boroh, who according to them did not, throughout his tenure effect any change in the amnesty programme.

They said rather, RNDA and other agitators in the Niger Delta should congratulate the President for the step taken so far to sack Brig-Gen. Paul Boroh.

According to the statement, “We totally condemned the recent threat by the Reformed Niger Delta Avengers to commence an attack on oil installations and flow lines.

“It is unprofessional to defend Brigadier General Paul Boroh (Rtd) who was recently sacked by the President based on his gross misconduct and misappropriation of funds while serving as the helmsman in the Presidential Amnesty Office.

“He definitely has a case to answer and he has the constitutional right to prove his innocence through the relevant legal mechanism and not by threatening to attack oil installation because of a man who enriched himself at the detriment of the various ex-agitators, he doesn’t deserve any pity, he should face his corruption charge alone.”

The agitators further commended the President Muhammadu Buhari for the action taken to sack Boroh, saying the action of the President proved that there was no place for a corrupt person in his government and called on the president to extend such action to the Niger Delta Development Commission NDDC.

The Coalition of Niger Delta Agitators also congratulated Dr. Charles Dokubo, on his appointment as the Special Adviser to the President on Niger Delta Affairs and Coordinator of the Presidential Amnesty Programme, assuring him of their full cooperation and support.

“As freedom fighters, we cannot condone any form of corruption from anybody, therefore we totally condemn such threat as it is not relevant at the moment.

“We call on the relevant agents of the government, particularly EFCC and ICPC to conduct a thorough investigation into all the allegations of fraud leveled against Brig-Gen. Paul Boroh and others accused of corruption in the Niger Delta region.”