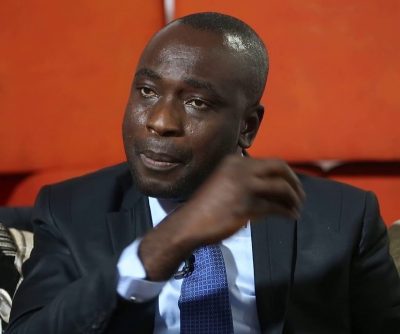 15 March 2018, Sweetcrude, Port Harcourt — The Ijaw Youths Council, IYC Worldwide, has said that the performance of Brigadier General Paul Boroh (Rtd) while holding sway as the Coordinator of the Presidential Amnesty Programme and Special Adviser to the President on Niger Delta, was not satisfactory.

IYC also alleged that Boroh was using the office as an instrument of politics, instead of carrying out programs for the benefit of the Niger Delta people, especially the Presidential Amnesty beneficiaries.

President of IYC, Mr. Eric Omare, in an exclusive interview with our Correspondent, stated that there was no ill-feeling from the region on the sacking of the retired Brigadier General, as it was within the constitutional rights of President Muhammadu Buhari to hire and fire his appointees.

Omare also advised the newly appointed PAP Coordinator, Dr. Charles Dokubo, not to follow in the footsteps of his predecessor by using resources at his disposal to satisfy people from other parts of the country, in a bid to maintain his appointment.

According to him, “Boroh’s performance Amnesty Office Coordinator was not satisfactory. He was too far from stakeholders and that is one area his successor must work on.

“It is the prerogative of the President of the Federal Republic of Nigeria to hire and fire whoever that is working under the Federal Government as an appointee, so I think Buhari just exercised his constitutional power.”

Omare further explained that the interest of IYC was for Boroh’s successor to refocus and manage the Presidential Amnesty Program for the benefit of the Niger Delta ex-agitators, in other to maintain peace in the region.

“As the Coordinator of PAP, he needs to be close to the stakeholders to know how people feel about the program, and enact programmes that will benefit the Niger Delta people, especially the beneficiaries of the Amnesty program.

“As Special Adviser to the President on Niger Delta, he must work with critical stakeholders to maintain the relative peace in the Niger Delta region.

“Above all, the focus of the new Coordinator must be on the people of the Niger Delta and not to use the position as an instrument of politics to benefit or satisfy people from other region so as to maintain the appointment, which is what Boroh was doing,” Eric Omare said.