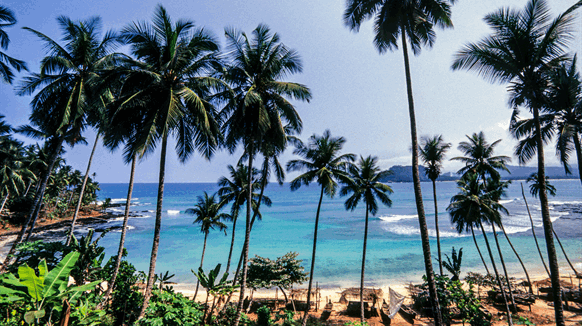 *A view of parts of the Island of Sao Tome & Principe.

The two companies won blocks 10 and 13 in a restricted tender, the agency’s director Orlando Pontes said in a statement late on Monday. They beat the second consortium of Portugal’s Galp Energia and Total, he said.

Despite a lack of significant discoveries after several years of prospecting, the industry sees its waters as likely to yield oil eventually, and several firms are currently exploring.

New York-listed Kosmos Energy, which is active in other parts of West and Central Africa, acquired licenses to blocks 5, 6, 11 and 12 in 2015 and 2016. The national oil agency said it expected the firm to begin drilling in 2019 based on seismic results.