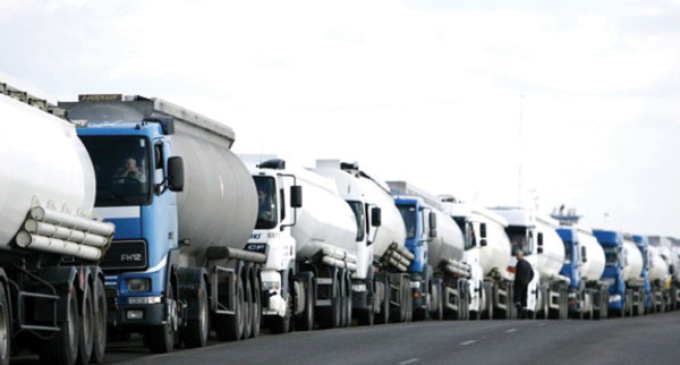 Brasilia — Brazil’s government pledged 500 million reais ($129 million) of loans from a state bank for independent truckers on Tuesday, amid other measures designed to avoid a threatened strike, but remained silent on their underlying complaint about fuel prices.

At a news conference, presidential Chief of Staff Onyx Lorenzoni and Infrastructure Minister Tarcisio Freitas announced the concessions to truckers angry about high diesel prices, but were mum on any possible changes to Petroleo Brasileiro SA’s fuel pricing policy.

They said a Tuesday afternoon meeting involving President Jair Bolsonaro will deal with the thornier issue of diesel pricing at Petrobras, as the state-run oil firm is known.

The episode underscored the leverage of truckers in Brazil, which relies overwhelmingly on road freight to get agricultural exports to port and keep its economy humming.

A trucker strike over high diesel prices last year paralyzed Brazil’s economy for weeks, led to the departure of the then-CEO at Petrobras and handicapped an already unpopular government.

Bolsonaro, who took power in January, was one of the most prominent politicians to throw his weight behind truckers’ complaints last year and has been sensitive to their demands.

In addition to the financing line for truckers from state development bank BNDES, government officials announced on Tuesday that they had earmarked 2 billion reais for the maintenance and completion of key highways.

Preferred shares of Petrobras fell slightly on the Sao Paulo stock exchange during the press conference, but were still up 3.3 percent in early afternoon trade, more than a 1.7 percent rise for the benchmark Bovespa index.