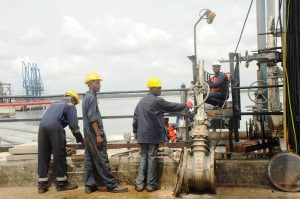 The pension reforms, aimed at restoring public finances and reviving a flagging economy, are fiercely opposed by some sectors of society for raising the minimum retirement age and workers’ contributions.

The union’s strikes of the kind announced on Friday rarely affect output because of the use of contingency teams.

Workers at nine refineries, including Reduc in Rio de Janeiro state and Paulínia in São Paulo state, were participating in the strike, which also affected a Petrobras port terminal in Pernambuco and a fertilizer plant in Bahia, FUP said.

On the Campos basin in Rio de Janeiro, workers were keeping operations to a minimum, it added.

In Rio de Janeiro, where the oil company is headquartered, the police used tear gas to disperse demonstrators and free roads near the port area, Globo TV reported.

São Paulo will host the inaugural game of the Copa America soccer tournament, which Brazilian President Jair Bolsonaro is expected to attend in the evening. A special plan is in place to make sure fans arrive to the stadium, according to the city’s transport department.

Roadblocks and demonstrations in streets and highways in and around São Paulo, including burning tires close to the city’s international airport, have been reported.

As well as seeking to block changes in public sector pensions, the oil workers were protesting against “the privatization of the Petrobras system,” FUP said, referring to the oil company’s sales of assets to reduce debt.