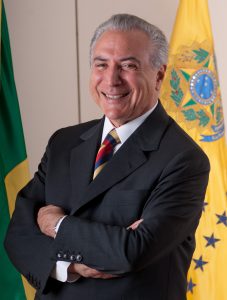 “The 15th Round of Bids raised more than Reais 8 billion in signature bonus, setting a record of collection between rounds in the concession regime. The round will generate investments of at least Reais 1.2 billion only in the first phase of concession contracts (exploration phase),” ANP said in statement.

Brazil had in its 14th Round of Bids held last year under the concession regime awarded 37 blocks and raised 3.8 billion Reais ($1.1 billion). ANP estimates that the oil bidding rounds held from 2017 to 2019 should bring in $80 billion in new investment over the contracts.

The latest round of Brazil’s oil and gas auctions saw ExxonMobil, US-based multinational oil and gas company, bag eight blocks in partnership with other oil majors. ExxonMobil is the operator for six of the eight newly awarded blocks.

Also, two blocks in the Segipe-Alagos area will be operated by ExxonMobil with Quieroz Galvo Exploracao e Producao (QGEP) and Murphy Oil Corporation as partners.

Petrobras, the country’s state-run energy company, reported that it has been awarded 7 blocks in partnership with oil majors and will be the operator in five blocks. “Petrobras reports that it has acquired 7 offshore blocks in the 15th Round of Bids under the Concession Regime, held today by the National Agency of Petroleum, Natural Gas and Biofuels (ANP). The company is advancing its partnership strategy and will be the operator in 5 blocks,” Petrobras said in a statement.

The signing of contracts is expected to take place on 30 November 2018.