Lagos — Brazil is expected to contribute about 48% or 1,350 thousand barrels per day (mbd) of Americas crude and condensate production in 2025 from planned and announced projects (new build projects, excluding the US L48), according to GlobalData, a leading data and analytics company. 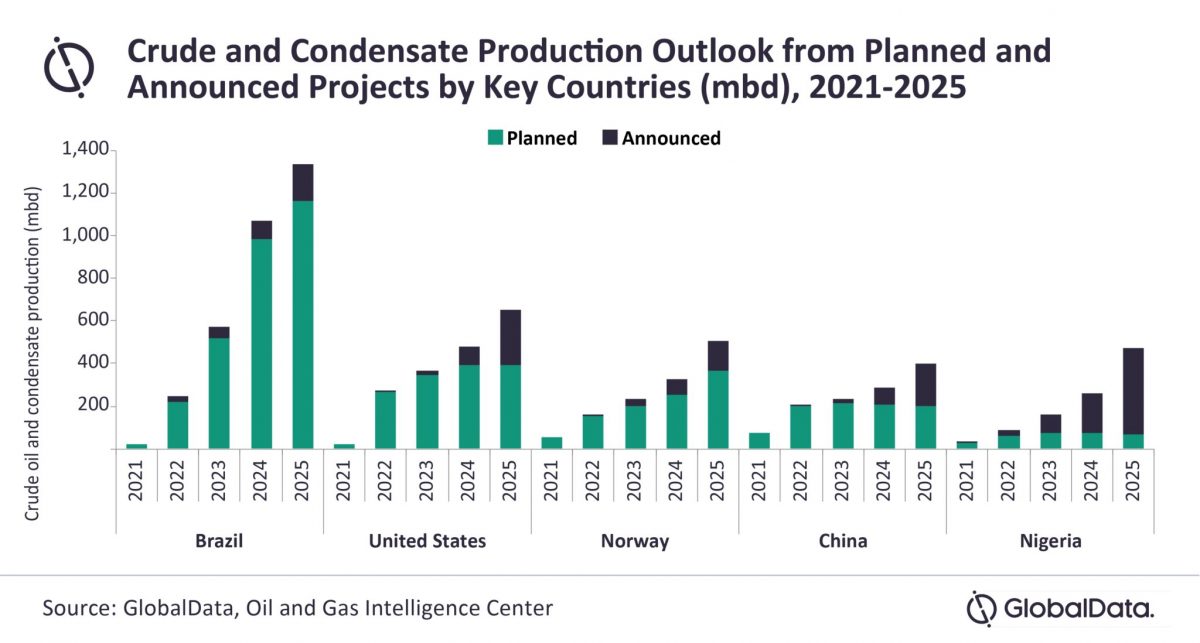 GlobalData’s latest report, ‘Americas Upstream Development Outlook, 2021–2025’, reveals that 1,164 mbd of crude and condensate production in Brazil in 2025 is expected from planned projects with identified development plans, while 364 mbd is expected from early-stage announced projects that are undergoing conceptual studies, and are expected to get approval for development.

In Brazil, Bacalhau, Itapu (Florim), and Buzios V (Franco) are some of the key projects that are expected to collectively contribute about 39% of the crude and condensate production in 2025.

Svetlana Doh, Oil & Gas Analyst at GlobalData, comments: “One of the reasons for the success of Brazil’s oil and gas industry is that the country has a relatively liberalized oil and gas sector by comparison to other Latin American countries that are struggling to find cash to finance their exploration programs. Brazil’s offshore high-return pre-salt resources have already attracted many international investors and the country was one of the few in the Americas region that kept their 2020 production growth despite slowed energy demand due to the COVID-19 pandemic.”

Among the companies, Petroleo Brasileiro SA, Exxon Mobil Corp, and Royal Dutch Shell Plc lead with the highest crude and condensate production of 768 mbd, 206 mbd and 166 mbd, respectively, in 2025 from planned and announced projects (excluding the US L48).