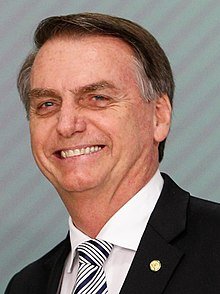 Rio De Janeiro — Brazil plans to restart domestic uranium mining in 2019 for the first time in five years, the mines and energy minister told a newspaper in an interview published on Monday.

Operations would begin this year at a mine in the city of Caetite in the northeastern state of Bahia, Minister Bento Albuquerque told Estado de S. Paulo newspaper.

State-owned nuclear firm INB had halted mining in Caetite in 2014 after one cache of uranium ran out, but at the time it was not licensed to begin operations at another dig nearby.

A spokesman for nuclear regulator Cnen said that it had issued a license for the Caetite mine in April this year.

Under the constitution, uranium exploration can only be carried out by INB, although Albuquerque has previously stated that the government aimed to allow exploration partnerships with private investors in future. The minister reiterated that goal in his comments to Estado.

Brazil has the 7th largest uranium reserves in the world, and only a third of the country has been explored, Estado reported.

Albuquerque told Estado that he wanted to break the government’s monopoly in uranium exploration and in running nuclear power plants, although he said this would require a constitutional change to be voted on in Congress.