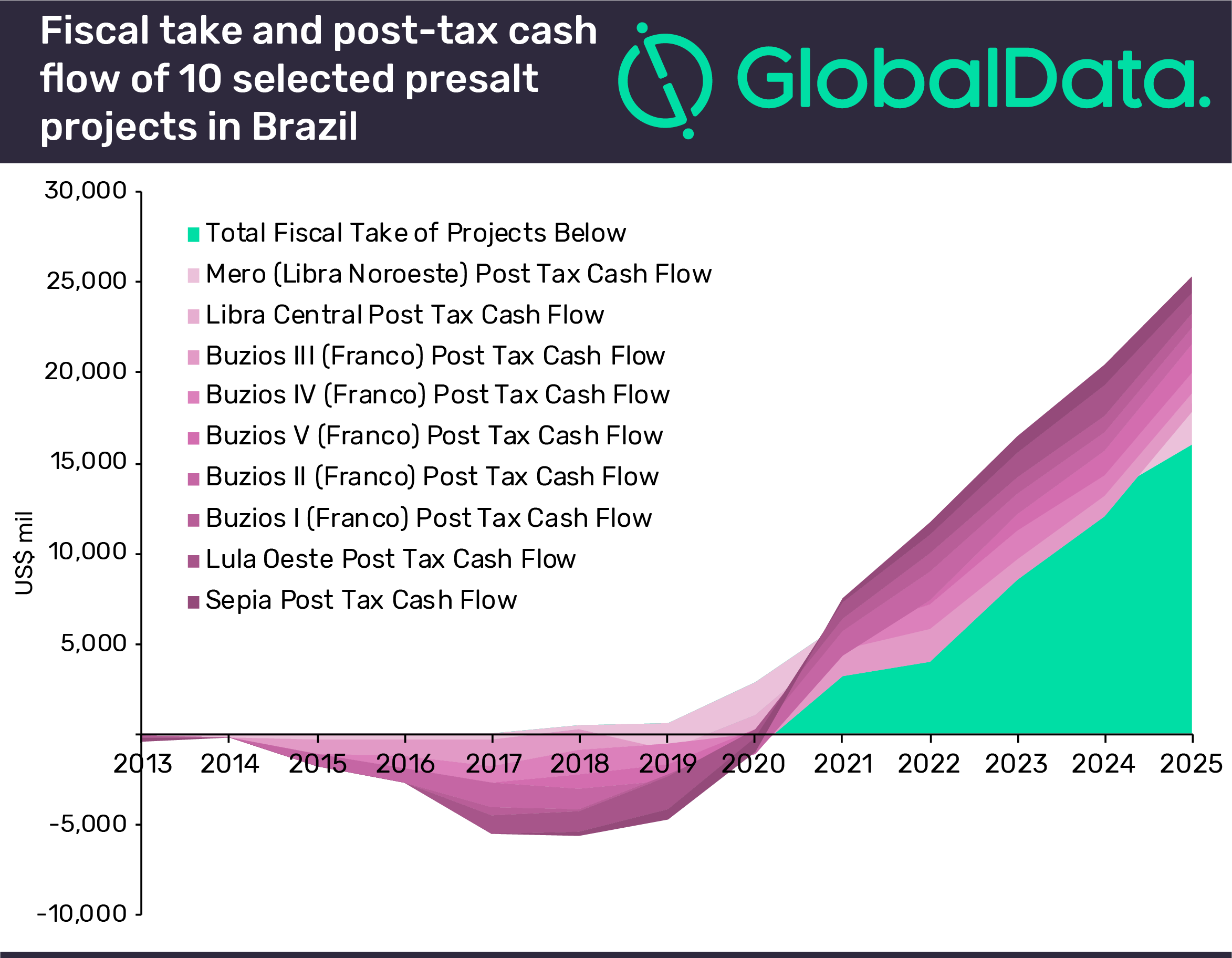 01 June 2018, Sweetcrude, Houston, Texas — Presently, ultra-deepwater Brazilian pre-salt prevails by delivering high productivity performance assurance to the industry expectations and to the government advantage, according to GlobalData, a leading data and analytics company.

The top ten planned and announced pre-salt areas in Brazil will spend over US$220bn throughout their lifetime in the capital and operating expenditure. These projects are Buzios I to Buzios V, Carcara, Libra Central, Sepia, Lula Oeste and Mero (Libra Noroeste), which together will contribute incremental capacity of 1.8 million barrels per day (bd) to global oil supply by 2025.

Current producing and planned presalt projects are quite profitable and, in spite of the high upfront investment, their cash flows are extremely robust. According to GlobalData, these top 10 projects will allow Brazil to double its total fiscal take by 2025 adding US$16.01bn and still have a total net post-tax cash flow of US$10.8bn.

Adrian Lara, Oil & Gas Analyst at GlobalData says, “In the success story of presalt, Petrobras deserves recognition in its engineering achievements. The company remains a renowned offshore operator and has added incredible value to the industry by finding many of the biggest discoveries in recent years and by testing and starting the development of the presalt play.”

According to GlobalData Upstream Analytics, on top of the 1.4 million barrels of oil from existing presalt producing fields, already accounting for 53% of Brazil’s oil production, an additional volume estimated at a minimum of 1.56 million bd of oil is expected by 2025 from other already awarded presalt blocks.

In order to maintain Brazilian presalt success not only engineering virtuosity will be needed, such as the improvement in seismic reprocessing and reinterpretation through the salt layer, but it is also key to maintain a favourable investment and regulatory environment. In November 2016 the Brazilian Congress approved a modification, which removed Petrobras presalt operatorship compulsory requirement and instead would allow Petrobras to have the right of first refusal over operatorship of newly offered presalt blocks.

Lara adds, “Along the same lines, ANP very recently approved changes in local content rules related to waiving the local suppliers and local workers requirements. These changes signal more favourable conditions for investors which can be considered necessary to sustain and accelerate the pace of presalt production to soundly establish the position of Brazil as an oil exporting country in the next decade.”