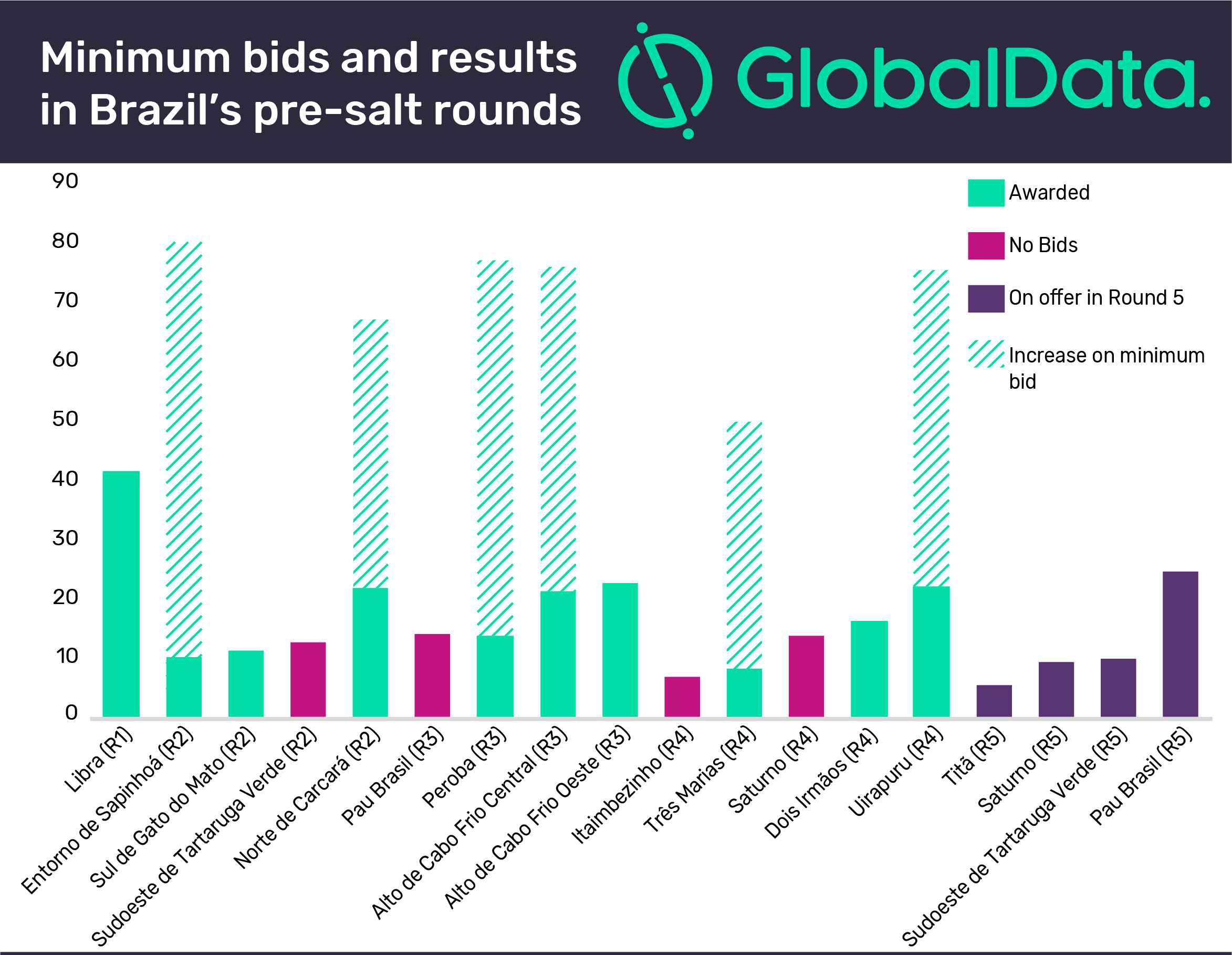 01 July 2018, Sweetcrude, Houston, Texas — Bids for the blocks offered in Brazil’s 5th pre-salt bid round, for which the official pre-announcement was published on Thursday, are unlikely to reach the high levels achieved in previous processes, according to GlobalData, a leading data and analytics company.

The bid round, scheduled to close on September 28, offers four blocks in Brazil’s pre-salt area, but three of these were already offered in previous rounds and received no bids.

Will Scargill, Senior Oil and Gas Analyst for GlobalData commented: “The government will hope that improved terms can attract E&Ps to bid on these blocks this time around. Cost recovery limits have been increased since Sudoeste de Tartaruga Verde and Pau Brasil were offered in the 2nd and 3rd rounds, and the government has reduced the minimum bid threshold for Sudoeste de Tartaruga Verde and Saturno.”

Brazil has pursued an aggressive oil and gas licensing policy under the Temer government, concluding three pre-salt rounds in the last year. The 4th round closed on June 7, licensing three of the four blocks on offer.

Scargill concludes: “A number of blocks offered in the past three pre-salt rounds attracted aggressive bids for the state’s share of profit oil with winners including Shell, BP, ExxonMobil and Total, but the previous lacklustre response to these blocks suggests that the results of this round may be more modest.”