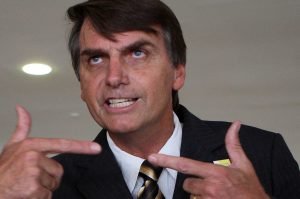 Rio De Janeiro — Brazilian President Jair Bolsonaro questioned on Friday whether a far-reaching oil spill on the nation’s northeastern shore may have been a criminal act designed to harm a major oil auction scheduled for November.

“Coincidence or not, we have the transfer-of-rights auction,” said Bolsonaro in a Facebook Live video, referring to an oil bidding scheduled for Nov. 6, in which an array of major oil players will compete for $26 billion worth of production rights in large offshore oil areas of Brazil.

“I wonder, we have to be very responsible about what we say – could it have been a criminal act to harm this auction? It’s a question that’s out there.”

Bolsonaro offered no evidence for his statements.

Oil has been washing up on the shore of northeastern Brazil for two months, but its origin has remained a mystery so far. On Wednesday, Brazilian state-run oil firm Petroleo Brasileiro SA said it had cleaned up some 200 million tonnes of the oil from Brazil’s beaches.

On Thursday, the head of Brazil’s environmental regulator said tests had proved the oil was Venezuelan. He said that the cause of the spill was criminal in nature, as it would otherwise have been reported.

He added, however, that Venezuela may not be responsible for the spill, even if the oil originated there.

Venezuela has denied responsibility for the oil.