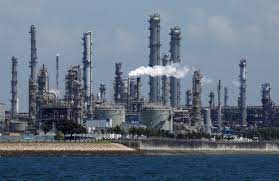 Sao Paulo — Brazil’s Braskem said it expects a slight growth in sales of petrochemical products and high margins, despite oil price volatility as a result of the Ukraine crisis.

Braskem had on Wednesday reported a 51% rise in revenue and a 53% rise in cash generation in the fourth quarter over the same period a year earlier.

Pedro Teixeira de Freitas, Braskem’s Chief Financial Officer, told analysts on Thursday that he expects growth of up to 3% in polyolefins sales in 2022, which is close to last year’s growth.

Braskem said shareholders will vote on a potential extraordinary dividend that may reach up to 2 billion reais ($397 million) as it is not planning any capacity expansion.

It said it may also consider a stock buyback program.

Braskem’s Mexican unit will begin to build a $400 million ethane terminal to support polyethylene production by Braskem Indesa. Braskem is looking for a partner in the unit, which is expected to begin production in 2024.

The CFO said Braskem is planning to migrate its shares to the Novo Mercado, the highest governance segment in the B3 stock exchange, in the first half of the year.

A condition, however, is the sale of preferred shares by Braskem’s controlling shareholders, oil company Petroleo Brasileiro SA, known as Petrobras, and conglomerate Novonor, previously known as Odebrecht.

The sale was canceled earlier this year due to lackluster demand.

He said the rejection will not prevent the migration to the Novo Mercado, but declined to specify the alternatives.