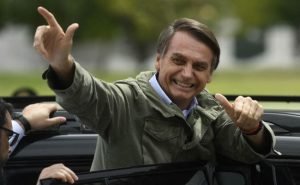 30 November 2018, News Wires — Brazil’s future finance minister, Paulo Guedes, says it was unlikely the state-run oil firm Petroleo Brasileiro and the government would reach a new transfer of rights deal this year because of sharp disagreements over how to split up the revenue of a future offshore oil auction that could raise an estimated 130 billion reais ($33.73 billion).