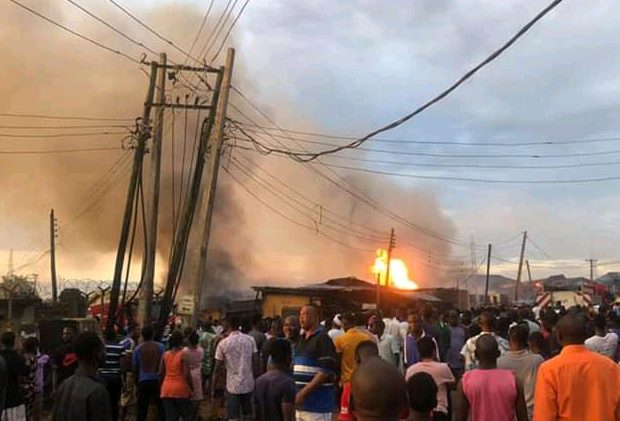 *Concerned residents at the scene of the explosion

Lagos — A fresh gas explosion has rocked Lagos, making it second in less than three weeks.

It happened at Baruwa area of Ipaja at the early hours of Thursday.

As at time of filing this report, SweetcrudeReports could not confirm whether or not people lost their lives however, a number of victims were injured and have been rushed to the hospital for medical attention.

Staff of the federal fire service and other relevant agencies were already at the scene of the explosion to salvage the situation. 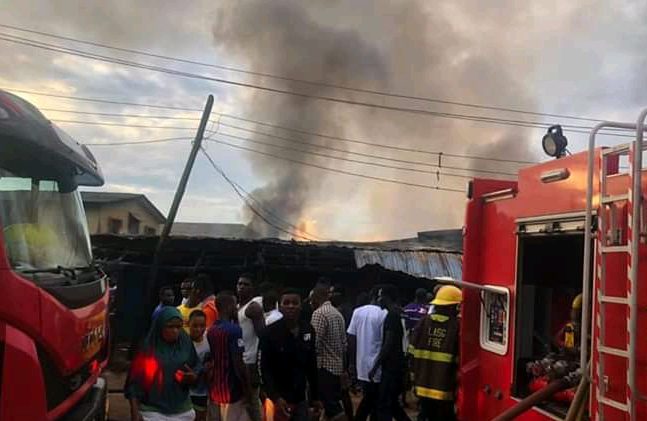 An Initial disaster assessment by Lagos State Emergency Management Agency, LASEMA has identified 8 fatalities so far in a fresh gas plant explosion that exploded at Best Roof Cooking Gas, Ipaja area of Alimosho Local Government Area of Lagos today.
Director-General, LASEMA, Dr. Olufemi Oke-Osanyintolu said the incident which occurred around 6am destroyed several properties including 25 houses (mostly bungalows), 16 lock up shops, one Primary School, while eight victims who sustained various degrees of injury have been rushed to the hospital.
Four persons were also confirmed dead.
Assessments of the loss are still ongoing as Oke-Osanyintolu noted that the number of casualties is yet to be ascertained.

“On arrival at the scene of the incident, it was observed that there was a gas explosion at the aforementioned location.

“Further investigation at the scene revealed that the gas station belonging to Best Roof Cooking Gas exploded by burning buildings around. The cause of the explosion could not be ascertained at the moment.

“Unfortunately, four mortalities were recorded and several others injured.

“A combined effort of the Agency’s Tiger team, Dolphin team, LRU Fire, LASG Fire Service, NPF, NUPENG, and LNSC are on ground to curtail the spread of the fire to other buildings.”

The incident has also been confirmed by the Lagos State Police Command.