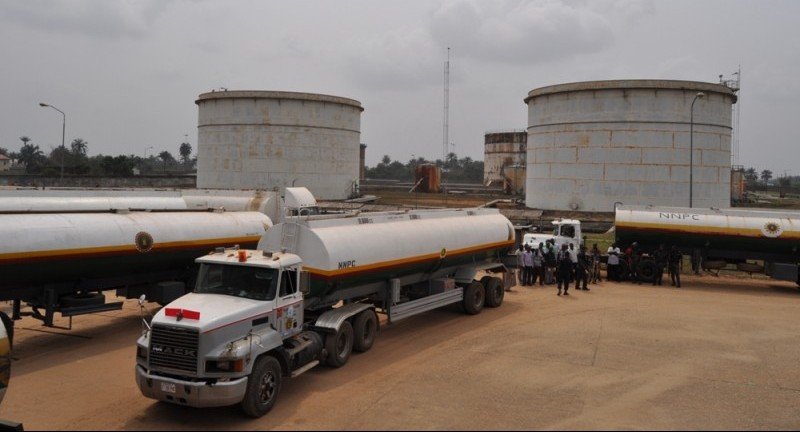 *Petroleum tankers at an NNPC depot

Lagos — In another move by President Buhari’s administration to curb smuggling, the Nigerian Customs Service, NCS on Thursday, announced cutting of petroleum products supply to Nigerians living within 20 kilometres to an international border.

In a circular dated November 6 and released in Abuja, the NSC said petroleum tankers will no longer be allowed to go beyond 20 kilometres to an international border.

Not less than 57 borders have been closed since August.

Nigeria sells petrol at N148 per litre- below what obtains in neighbouring countries.

The Petroleum Products Pricing Regulatory Agency, PPPRA’s spokesperson, Kimchi Apollo had in September, said it observed a declining trend in the supply of petrol since the federal government announced the partial closure of the country’s borders.

According to him, records from various depots nationwide between August 5 and 11 this year revealed that about 61 million litres of petrol were averagely loaded daily and trucked-out by the Nigerian National Petroleum Corporation, NNPC before the border closure.

However, PPPRA said it observed from the data obtained between the August 12 and 18, that there was a drop of about 35 percent in the volume of petrol trucked-out against the figures recorded in July.