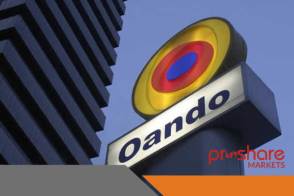 12 April 2018, Sweetcrude, Lagos – The suspension on Oando Plc’s shares at the Nigerian Stock Exchange, NSE, has been lifted, a statement by the Security Exchange Commission, SEC, has said.

According to the statement, the suspension was lifted after all legal charges filed against the company by some of its shareholders were withdrawn.

Explaining why the suspension was prolonged, the commission said it was due to several litigations by Oando and other shareholders contesting the propriety of the forensic audit and technical suspension.

According to the statement, although such suspensions are typically intended for short periods to ensure market stability, the legal actions filed against the firm, including auditing of its controversial financial statement, had kept Oando’s suspension in the waiting.

Shares of Oando Nigeria Plc were placed on technical suspension in October 2017 upon the announcement of forensic audit which SEC said was to protect investors as a short term measure.

However, SEC said “all” legal actions against the company have been withdrawn by the affected parties.

The statement read: “All litigations have now been withdrawn. The independent forensic audit by Deloitte is ongoing and the preliminary report is expected”.

“Accordingly, the SEC directed NSE to lift the technical suspension and allow market determination of the share price”, the statement added.

SEC said it will update relevant stakeholders on the outcome of the forensic audit.