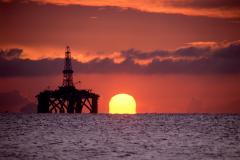 26 March 2013, News Wires – Brent crude slipped back towards $108 a barrel on Tuesday on concerns that the Cyprus bailout could set a new precedent in restructuring the euro zone banking sector, again raising worries about the European economy and its oil demand.

Jeroen Dijsselbloem, head of the Eurogroup for euro zone finance ministers, said the Cyprus bailout represents a new template for resolving regional banking problems and other nations may have to restructure their banking sectors to adapt.

His comments caused the euro to reverse initial rallies and nurse heavy losses early in Asia on Tuesday, weakening demand for dollar-denominated commodities from buyers holding the European currency.

“The process itself is a reminder that there is still a lot of risk in Europe,” said Ric Spooner, chief market analyst at CMC Markets. This seemed to be a “matter of short term crisis management by politicians and the conflicting interests of different credit nations were in evidence,” he added.

Brent crude futures slipped eight cents to $108.09 a barrel early on Tuesday, having gained 51 cents in choppy trade in the previous session.

While the Cyprus bailout removed the immediate risk of a financial meltdown that could have ejected the Mediterranean island from the euro zone, investors remained worried about more potential problems for the country and euro zone going ahead.

“That sort of conflict of interest which could have caused the Cyprus situation to get out of control and that kind of risk is still very much with us in Europe,” Spooner said.

After reaching an 11th-hour deal with the European Union, the European Central Bank and the International Monetary Fund to shut down the country’s second largest bank in return for €10 billion euros in rescue funds, the president of Cyprus assured citizens the deal was in their best interests.

But banks will remain closed until Thursday and even then subject to capital controls to prevent a run on deposits.

Oil prices were also kept in check after Saudi Arabia’s oil minister, Ali Naimi, said on Monday that an oil price around $100 a barrel was reasonable for consumers and producers, highlighting the top crude exporter’s preferred range.

Brent prices in mid-February pushed above $119 a barrel to their highest level this year, before pulling back on economic concerns and improving North Sea supply.

Investors are now watching to see if the strength in the US dollar will be sustained and what happens with US oil inventories later in the day, Spooner said.

Brent’s premium to US crude was trading steady at $13.35 a barrel early on Tuesday, after narrowing to $12.85 in the previous session, the narrowest since early July.

US commercial crude oil stockpiles are forecast to have increased by 1.1 million barrels last week on an expected rise in imports, ahead of weekly industry data later in the day, a preliminary Reuters survey of analysts showed on Monday.

Gasoline and distillate inventories are forecast to have slipped by 1.2 million barrels each.