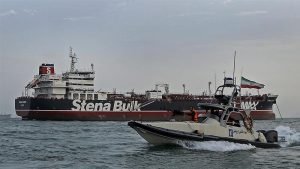 London — Britain on Monday rejected the idea that it could release an Iranian tanker in exchange for a British-flagged vessel seized by the Islamic Republic in the Gulf.

Tensions have spiked between Iran and Britain since after Iranian commandos seized a British-flagged tanker earlier this month. That came after British forces captured an Iranian oil tanker near Gibraltar, accused of violating sanctions on Syria.

“There is no quid pro quo,” Foreign Secretary Dominic Raab told BBC radio. “This is not about some kind of barter. This is about international law and the rules of the international legal system being upheld and that is what we will insist on.”