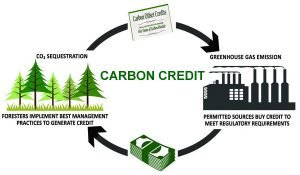 London — Britain will auction around 80 million carbon permits under its domestic emissions trading system (ETS) in 2022 with an auction calendar to be published in autumn 2021, the government said.

The ETS, which charges emitters such as power plants and industrial factories for each tonne of carbon dioxide they emit, is part of Britain’s plan to reach a net zero carbon emissions target by 2050.

It covers British companies that were previously covered by the European Union’s ETS, which Britain left at the end of 2020 as part of its departure from the EU.

Auctions for 2021 began in May with 83 million tonnes to be auctioned over the rest of the year. L8N2KW481.

Volumes in 2022 will likely be spread more evenly over the year, the government said.

“We anticipate that the 2022 auction calendar will bring allowances to auction regularly from January to December 2022,” the Department for Business, Energy and Industrial Strategy said in an update late on Thursday.