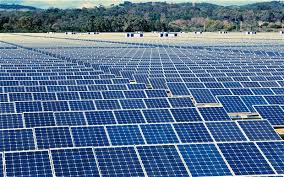 London — Lightsource BP aims to rapidly grow battery capacity at its solar farms around the world to reach 4 gigawatts (GW) by 2025 in order to store and supply power at night and on cloudy days, the British company’s chief executive told Reuters.

Solar power developer Lightsource BP, half-owned by oil major BP, has rapidly expanded around the world in recent years, benefiting from a push by countries around the world to build low-carbon energy capacity.

As part of the expansion, it aims to install 4GW of battery storage capacity, he said, roughly the equivalent of one million British households’ power consumption per year. The company recently made its first move with a 25 megawatt battery at the Tiln Lane farm in northern England.

“Our plan is that, in the majority of cases, we’ll look to site energy storage alongside our solar farms. The batteries can help to balance the grid (and) support greater renewable energy penetration,” Boyle said.

Batteries are crucial to allow a solar farm to provide power at night or on cloudy days as well as to control output at peak times. But costs have shot up in recent years amid a scramble for raw materials and rising demand from car makers, risking weakening profitability for solar projects.

“Battery prices are rising. There’s a lot of competition for lithium right now. We benefit from our scale and the size of our pipeline of opportunities.”

The costs of solar developments dropped sharply over the previous decade as photovoltaic panels were deployed en masse.

But soaring raw material and transportation costs in the wake of the coronavirus pandemic have pushed prices higher over the past year.

“The last while has definitely been challenging from a supply perspective and from a pricing perspective. For the first time in the 12 years of Lightsource’s existence, the price of solar panels came up again,” Boyle said.

The investments in new projects meant however that the company remains loss-making.

In 2021, Lightsource BP recorded a loss of 173 million pounds ($195.6 million), far bigger than the previous year’s 22 million pound loss, according to a financial filing.